LANSING, Mich. - Michigan's Department of Natural Resources is pledging $8 million to the construction of a barrier in Illinois that would protect the Great Lakes from Asian carp.

The invasive species, long considered a threat to the biodiversity in Lake Michigan and inland lakes around the region, has come close to making it through the Brandon Road Lock and Dam. Earlier this summer researchers found DNA findings of Asian carp in waters near Lake Michigan. While no evidence points to the aquatic species breaching the lake yet, the news underscores the necessity for a more robust barrier, says the DNR.

Announced in a news release Tuesday morning, the DNR Director Dan Eichinger said the state funds would go the "preconstruction, engineering and design phase of a multifaceted barrier system." The funds are sorely needed too, following an estimate by the U.S. Army Corps of Engineers overseeing the project would cost $778 million.

"Stopping invasive carp from getting into the Great Lakes is one of the most important things we can do to protect Michigan's signature natural resource," said Eichinger. "The recent eDNA findings present one more piece of evidence that we need to move the Brandon Road project from concept to reality as soon as possible." 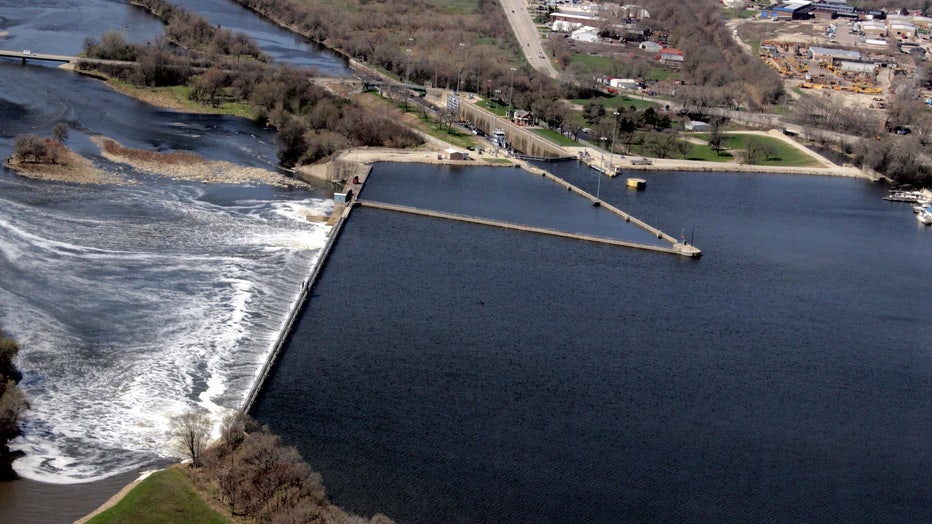 While Congress has yet to approve the project, officials worry a timebomb awaits people who rely on a $7 billion fishing and $16 billion tourism industry in the Great Lakes. News reports from locations where Asian carp have already invaded show just how effective the species is at establishing itself.

Furthermore, a new study from the University of Michigan that was published in August reveal both bighead and silver carp are capable of not just surviving in Lake Michigan - but thriving.

“They primarily eat plankton, but they are really opportunistic feeders,” said Peter Alsip, lead author of the study in an interview earlier this year. “When their preferred food isn’t available, they’ll switch to others.”

Not only would they outcompete other species that feed on the plankton, they would decimate those populations as well. The news is even more damaging because the fish are also found to feed on detritus and biomass left on the bottom of the lake.

RELATED: Asian carp could be a lot worse to the Great Lakes than previously thought, UofM study shows

"Our economy and way of life in Michigan depends on the preservation of our water, but right now, the threat of invasive species like Asian Carp is putting the future of our Great Lakes, our economy, and Michiganders' well-being at risk," said Michigan Gov. Gretchen Whitmer. "The threat of Asian Carp is not new. It has grown to the point where we cannot afford to delay action. That's why my administration has prioritized Great Lakes protection, and I'm hopeful that we can continue to work with our partners across the region to keep them safe from invasive species." 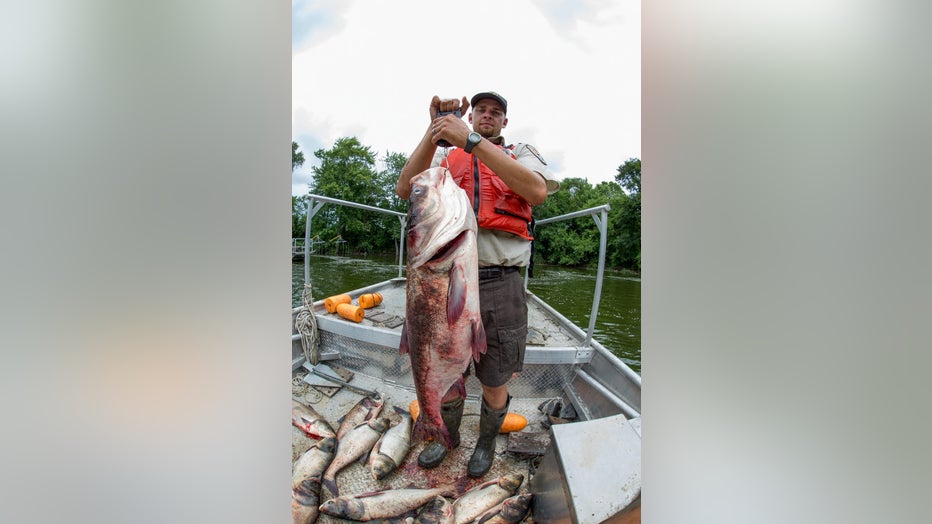 The Brandon Road project would include an electric barrier, underwater sound, and an air bubble curtain as physical and sonic defenses to dissuade the fish from swimming north. It would also include a "flushing lock" which is an engineered channel that would prevent Asian carp from moving into the shipping lanes that lead into the Great Lakes.

"The time for delay is over," said Joel Brammeier, CEO at the Alliance for the Great Lakes. "We need Governor Pritzker to show leadership and take swift action to sign the letter of agreement with the Army Corps of Engineers that would allow them to move forward with fortifying Brandon Road Lock and Dam in Joliet, a critical choke-point for invasive Asian Carp about 50 miles downstream of Chicago."

"It’s our best chance to stop these aggressive fish from creeping closer to the Great Lakes and crashing our regional economy," he added.

RELATED: Are the Great Lakes next? Video shows hundreds of Asian carp shocked in Kentucky lake

The DNR said Michigan "faces the greatest risk" and "has the most at stake" if the invasive species were to breach the Great Lakes Basin. The state features more than 3,000 miles of coastline, 11,000 inland lakes and 36,000 miles of rivers and streams - all of which would be at the mercy of the fish.