A house in Garden City is taking Halloween to the next level with a light show inspired by the popular Netflix series Squid Game. The display mimics one of the games portrayed in the series. Video courtesy of Storyful

GARDEN CITY, Mich. - It was only a matter of time before popular culture collided with the holidays this year. This time, it happened in Garden City, where a family has put up a light show that's inspired by Squid Game.

The Korean-based Netflix series has taken the world by storm with its undertones of inequality, dystopian perspective, and graphic take on children's games.

A Michigan family took the audio from the first game portrayed in the show, 'Red Light, Green Light' and timed it with lights and lasers.

As a robotic girl's voice sings, colorful lights dance on the home's roof. When she stops, a red light illuminates the house, and a white light scans the roof. Then, several gunshots sound off.

Spiders and bats that are glowing purple turn red before they go dark - an ominous reference to the show's violent introduction to the world that the characters joined. 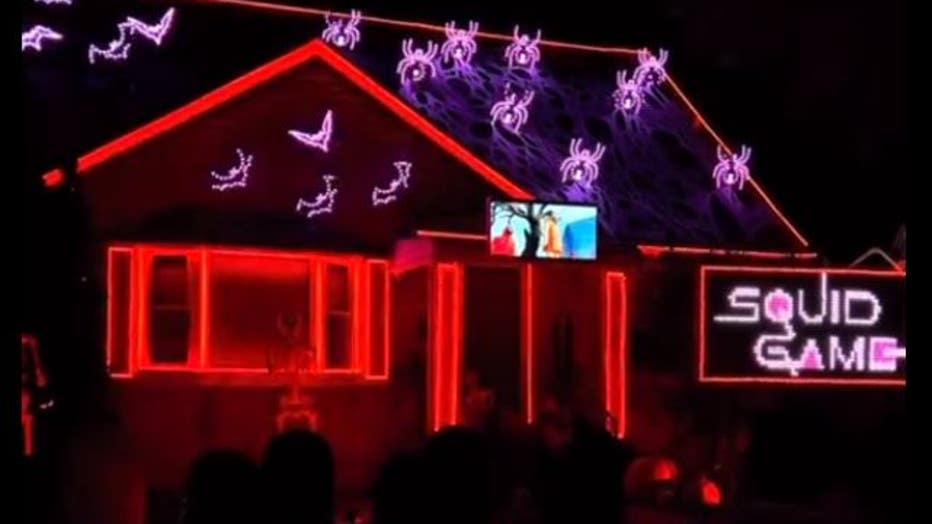 Then a green light flashes and the song resumes.

Video from Storyful shows a video from the family's TikTok account.

Kyle Bostick is the mastermind behind the light show. His Michigan neighborhood has become accustomed to Bostick’s extravagant productions in recent years. He produces light shows on his house at both Halloween and Christmas, all of which can be viewed on his YouTube channel.