"You know, we have these pigs building up and we really have to figure out how we're going to get them through the plant," says Mary Kelpinski, the CEO of the Michigan Pork Producers Association.

Farms in Mich. seeing too many pigs and not enough space during pandemic

Since COVID-19 hit Michigan farmers haven't been able to get pigs as quickly to the processing plants, some of which have been shuttered.

"Some of the people that work at some of the pork processing plants were coming down with COVID-19 or they were affected by their children not being in school and having to stay home and not having daycare. And there was also a little bit of a fear factor because it was a lot of people working together and so our pork processing plants, we're having a hard time processing pigs," Kelpinski says.

The issue of raising pigs and not being able to get them to the shuttered processing plants meant farmers were left with a dilemma: too many pigs and not enough space.

Across the country that meant farmers have had to euthanize the animals - but that's something that fortunately hasn't had to happen here.

Instead of feeding them high-energy diets to make them grow quickly, they put them on a maintenance diet instead. That way they're not growing as quickly or taking up as much space. 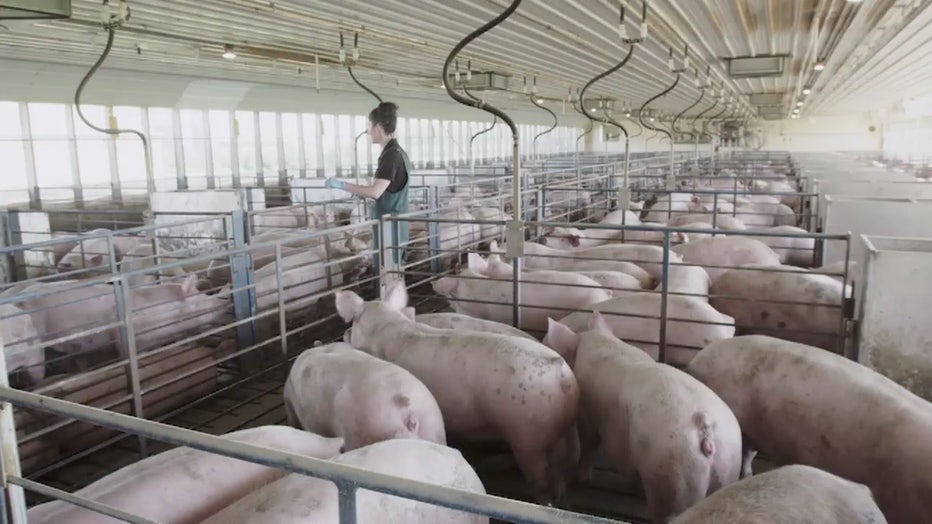 "We raise pigs to a certain weight and then they move up through the barn and when barn really gets full they're ready to go to market."

For a short time, there was nowhere for them to go. The good news is the processing plants in Michigan have been retrofitted with distancing and hygiene policies so they're now operating at 75 percent.

But there are still challenges ahead, including the price of the pig.

So what to do with all those extra pigs? It could be August by the time they're done processing the backlog that's currently forming.