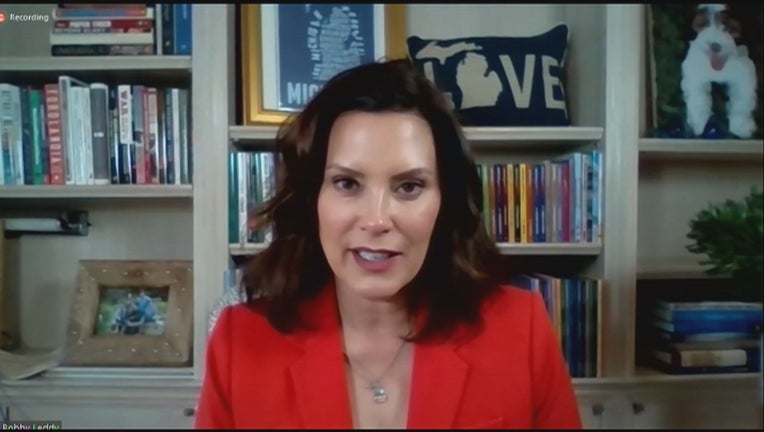 The town hall starts at 7:15 Monday night and will be streamed live in the video player below, at fox2detroit.com/live and also on our Facebook page where we want to hear from you.

The governor and Chief Medical Officer Dr. Joneigh Khaldun have agreed to field questions live from you. These won't be pre-screened and presented to the governor in any way before the town hall starts.

This will be the second time Whitmer appeared in a town hall with FOX 2. In early July she answered questions live as the state was beginning to flatten the curve of COVID-19.

At the time, she was optimistic that the state would move forward. That was four months ago and still has not happened as the state has seen an increase in cases since early July.

Whitmer is committed to holding the virtual town hall, even after the Michigan Supreme Court struck down her executive orders issued since late April.