Michigan governor, legislature still need to figure out where federal funds will go

Michigan leaders still haven't come to agreement where federal funds will go in the state.

DETROIT (FOX 2) - If Michigan's Democratic governor and Republican-led legislature can find a way to cooperate, the state will spend nearly $18 billion in federal aid on schools, infrastructure, and jobs.

"I want to get stuff done and I want to find common ground, and I know we'll be stronger if we can do that," Gov. Gretchen Whitmer said.

Normally, the governor would decide where every dollar would go and then ask lawmakers to pass it or change it. However, Whitmer is outlining her values in broad terms and asking GOP leaders Mike Shirkey and Jason Wentworth to help her decide the specific buckets for the money. 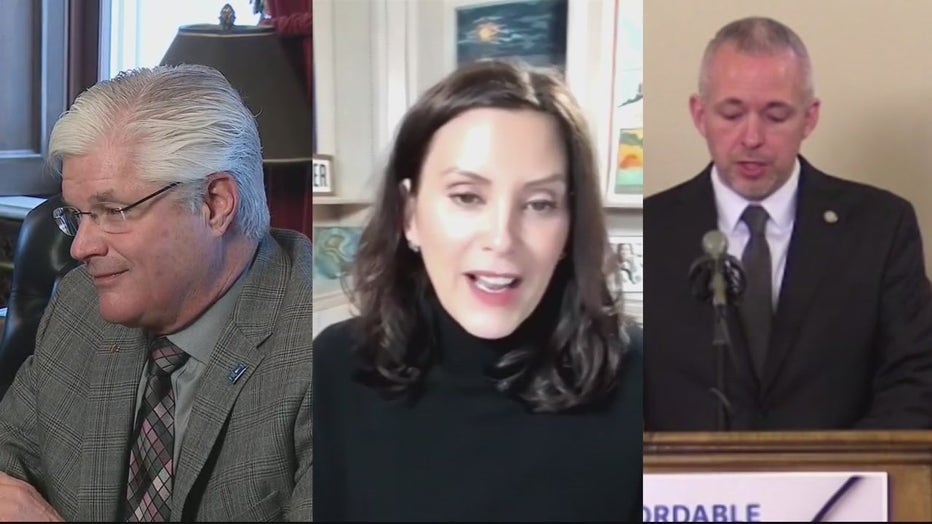 "Get the politics out of this. I don't know if that is feasible. I think it's possible, I really do, and that's why instead of putting together a full proposal. I wanted to set forth what our values are and invite the legislature to the table," Whitmer said. "We've had a lot of conversations at this juncture."

The leaders have limited time to decide how to spend the funds.