Gas prices hovering near $5.00 a gallon as pain at the pump peaks

According to Triple-A the average cost per gallon in Michigan is $4.84 a gallon. One year ago the gas price average was $3.08.

FOX 2 - In the words of rapper Fat Joe: "Yesterday’s price is not today’s price," the pain at the pump just got more severe and it will likely get worse before it gets better.

"It’s too high out here, bro. I can’t even afford to get something to eat nowadays," said Rob Boyer.

Demetrius Jester says these gas prices are no joke.

"Somebody gotta be winning and I know it ain't us regular, common, working folks," he said.

And drivers say they feel helpless.

"It’s almost like what’s that movie? 'Road Warrior,'" said Kevin Sane. "The race was for gas, fuel was like a commodity, it became almost an extinct thing. If you had it, it was like trading precious metal, and it looks like we’re headed that way."

Experts say European countries cutting back on Russian oil, China re-opening from Covid lockdowns, and the summer travel season here in the states are all driving up demand for gas and consequently the price of it.

"If it doesn't get much better, it's going to be the wild, wild west out here - and that's just on gas prices," said Boyer.

But Dr. Michael Greiner, a gas guru and assistant professor of management at Oakland University says there is some light at the end of the tunnel.

The Biden administration is working to open up Venezuela’s oil market.

"They’ve kind of been a pariah state for a number of years, but there’s a lot of talk about the fact that they could be brought back to a pretty high level of production pretty quickly," Greiner said.

OPEC plans to pump out more oil and Saudi Arabia, is eager to get back in the US' good graces after the assassination of journalist Jamal Khashoggi, could do the same.

"The president is planning a trip to Saudi Arabia, and there’s a lot of discussions going on with that country in particular, but also throughout OPEC of trying to get more oil pumped," Greiner said.

So when could we possibly get some relief at the pump?

"I would not be surprised if we see a peak in August but with things starting to come down in probably September or so," Greiner said. "If I had to make a prediction that’s what I would say."

FOX 2: "The cynic says, "Right around the time of the midterms. that’s very convenient."

"If the cynic in you is concerned about politicians manipulating things for the election, that is certainly the case there," Greiner said.

According to Triple-A the average cost per gallon in Michigan is $4.84 a gallon. One year ago the gas price average was $3.08.

A few weeks ago JP Morgan said we could see a nationwide average of $6.20 a gallon by August. 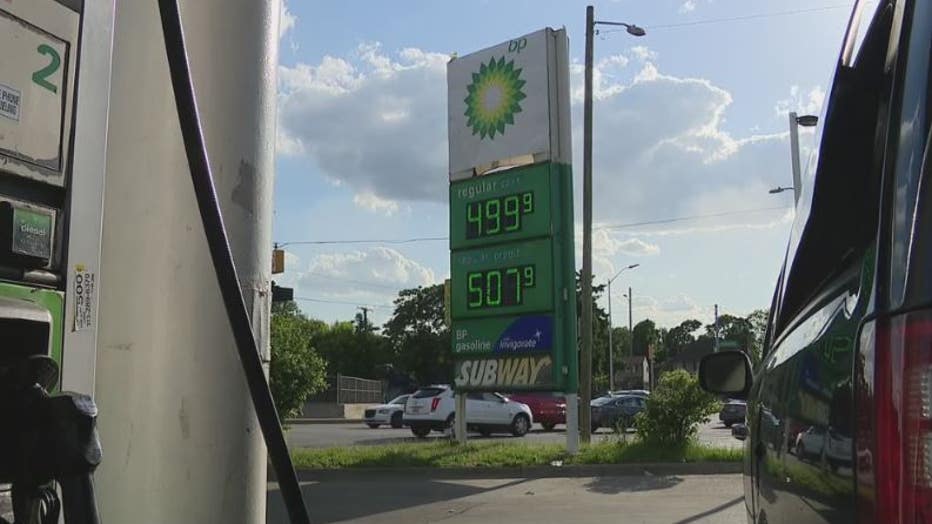