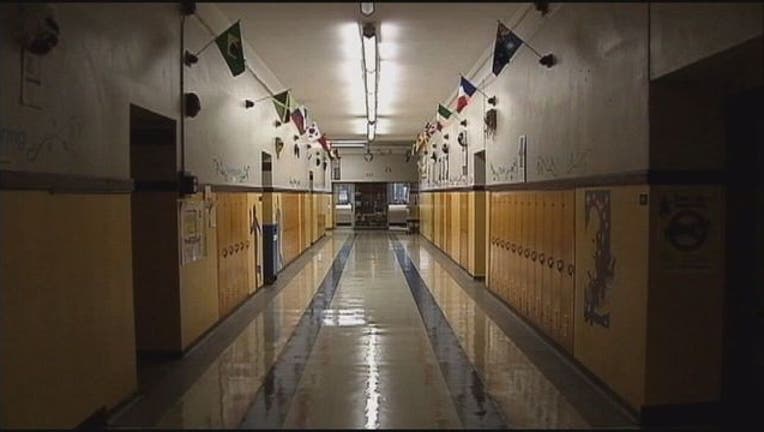 DETROIT (WJBK) - A group of eight representatives in the Michigan House want to make English the official state language and it's being discussed today in a committee.

The bill would designate the official language of the state of Michigan as English and would require the use of English in certain documents and in certain public meetings, including official acts of the state.

If passed, the bill would not apply if it violates federal law.

Here's a rundown of each representative, including what district they are from. Click their names for contact information.

Here's the full text of the bill, courtesy of the Michigan House of Representatives:

A bill to designate English as the official state language; to require the use of English in certain documents and at certain public meetings; and to provide the powers and duties of certain state and local agencies and officials.

THE PEOPLE OF THE STATE OF MICHIGAN ENACT:

Sec. 1. English is designated as the official language of this state.

Sec. 2. Subject to sections 4 and 5, English shall be the language used for all of the following:
(a) Each public record, as defined in section 2 of the freedom of information act, 1976 PA 442, MCL 15.232.
(b) Each meeting, as defined in section 2 of the open meetings act, 1976 PA 267, MCL 15.262.
(c) Official acts of this state, including those governmental documents, records, meetings, actions, or policies that are legally enforceable in this state.

Sec. 3. This act shall not be construed in any way to deny a person's rights under the state constitution of 1963 or the constitution of the United States or any state or federal law as a result of that person's inability to communicate in English.

Sec. 4. (1) In addition to printing official documents and forms in English, a state agency or a local unit of government may use or print official documents and forms in languages other than English. (2) A document filed or recorded with a state agency or with a local unit of government shall be in English or, if the original document is in a language other than English, an English translation of the document shall be simultaneously filed.

Sec. 5. (1) This act does not apply under any of the following circumstances:

(a) If there is a conflict with federal law.
(b) If the public safety, health, or justice requires the use of languages other than English.

(2) This act does not apply to any of the following: