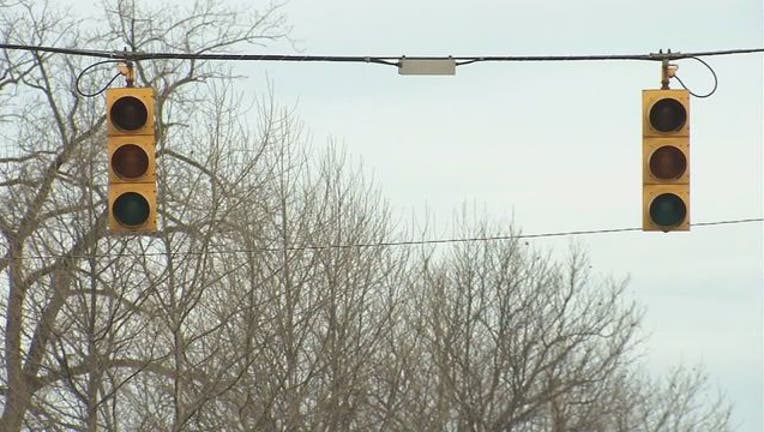 (WJBK) - Hundreds of thousands of homes and businesses are without power after this weekend's ice storm in the Detroit area and that means stoplights are out, too. But do you know what to do?

Many believe a dark stoplight should be treated as a four-way stop - and that system seems to be working fine - but Michigan State Police say that's not actually the way to do it, according to the Michigan Vehicle Code.

Michigan State Police tweeted out the information last year before a massive windstorm knocked out power to thousands. It's a good reminder of what to do.

"The intersection reverts back to the basic right-of-way requirements, not a four-way stop. Use caution and courtesy!"

"The rule is if you are approaching an intersection and someone has already entered it, you yield to them and they continue on their way," said Lt. Michael Shaw, Michigan State Police. "If you approach an intersection and you get there at the same time as someone else, the vehicle to the right, has the right of way. They can continue going and you have to stop for them. If you come up on an intersection that has a right access road, and nobody's there you don't have to stop. You use care and caution and go through."

The law is listed in the Michigan Vehicle Code Section 257.649, drivers must use the right of way requirements.

(1) The driver of a vehicle approaching an intersection shall yield the right of way to a vehicle which has entered the intersection from a different highway.

(3) The right of way rules declared in subsections (1) and (2) are modified at through highways and otherwise as stated in this chapter.

(5) The driver of a vehicle traveling at an unlawful speed shall forfeit a right of way which the driver might otherwise have under this section.

(7) When a vehicle approaches the intersection of a highway from an intersecting highway or street which is intended to be, and is constructed as, a merging highway or street, and is plainly marked at the intersection with appropriate merge signs, the vehicle shall yield right of way to a vehicle so close as to constitute an immediate hazard on the highway about to be entered and shall adjust its speed so as to enable it to merge safely with the through traffic.

(8) A person who violates this section is responsible for a civil infraction.

Power is expected to be restored by the end of the day on Tuesday.

Dozens of schools canceled classes Monday due to power issues.

In Warren, a fallen power line sparked a fire that destroyed 10 vehicles at a used car dealership.

Heavy rains caused scattered flooding and easterly winds were blamed for weekend flooding along Saginaw Bay off Lake Huron and in Monroe County off Lake Erie. A neighborhood in Frenchtown Township was evacuated early Sunday morning due to severe flooding, which was waist deep at one point. Other areas got heavy snow.

DTE is reminding customers to stay at least 20 feet way from downed power line and to never use a portable generator inside.