LANSING, Mich. - Gov. Gretchen Whitmer refused to sign a bill that would have let one-time drunken drivers ask a judge to set aside their conviction, despite the measure's broad bipartisan support in the Michigan Legislature.

The Democrat took no action on the expungement legislation Monday, allowing it to die when a 14-day review period expired. Her office gave no reason why.

The legislation had passed the Senate 32-5 and the House 96-8. A key Republican who helped guide the bill through the GOP-led Legislature expressed outrage. 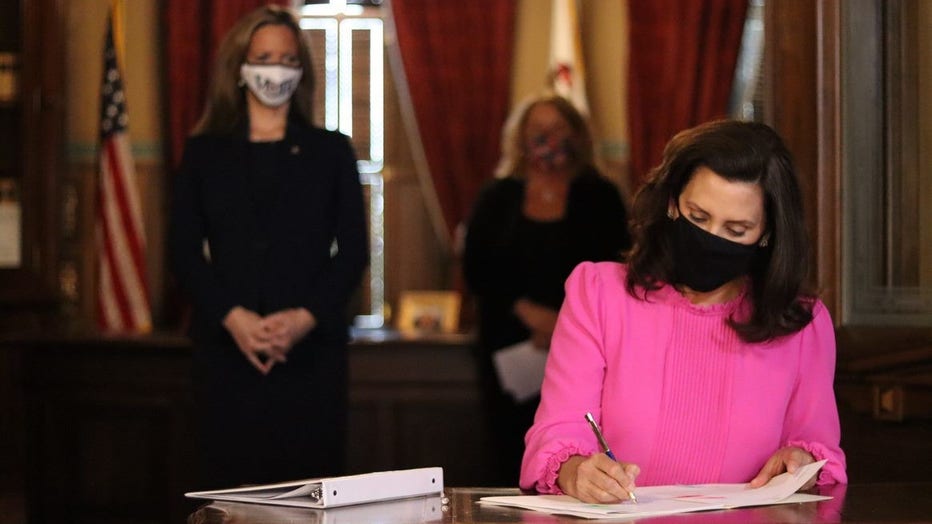 Governor Gretchen Whitmer signed Senate Bill 757, which will help the State of Michigan ensure every vote is counted in the upcoming November election. SB 757 would allow clerks in certain cities or townships to begin processing absentee ballots prio

Michigan currently does not allow someone to petition a court to set aside a conviction for operating a vehicle while intoxicated. The bill would have lifted that prohibition for a first-time offender except if he or she caused another person's death or serious impairment of a bodily function.

"Everybody knows an individual who screwed up, who had a couple beers, drove home, got popped at that 0.08 (blood alcohol level), spent the night in jail, paid the price," Filler said. "It's really bad. They've learned their lesson. . . . This gives them the chance to clean up their public record and move on. How does the governor explain the veto for those people?"

He noted that in October, Whitmer signed sweeping "clean slate" legislation to automatically set aside certain criminal records after a number of years and to ease the application process for those convicted of marijuana offenses. The latest measure would not have provided for automatic expungement of DUI convictions. A judge would have reviewed any request and made a decision.

In Michigan, an expungement -- or set aside -- clears the public record of a conviction so it does not appear in a background check. Law enforcement still keeps a non-public record, but people no longer have to disclose their criminal past on job applications or other forms.

There were about 30,000 arrests for operating under the influence of alcohol or drugs in 2019, according to the state police.