LANSING, Mich. - Michigan's teachers overwhelmingly plan on getting the COVID-19 vaccine while two-thirds have at least gotten their first dose or are scheduled to do so.

That's according to a new survey of 22,000 school employees in Michigan, which found 50% of those surveyed had already received the first dose. Another 6.4% had gotten both doses of the vaccine.

Despite a rocky rollout of the treatment that's been marred by supply shortages, Michigan is doing significantly better compared to the national average, another survey shows.

"Our members see the vaccine as a critical component to reopening classrooms across the state, along with continued mitigation measures like masks, social distancing and sanitization," said Paula Herbart, the president of the Michigan Education Association. 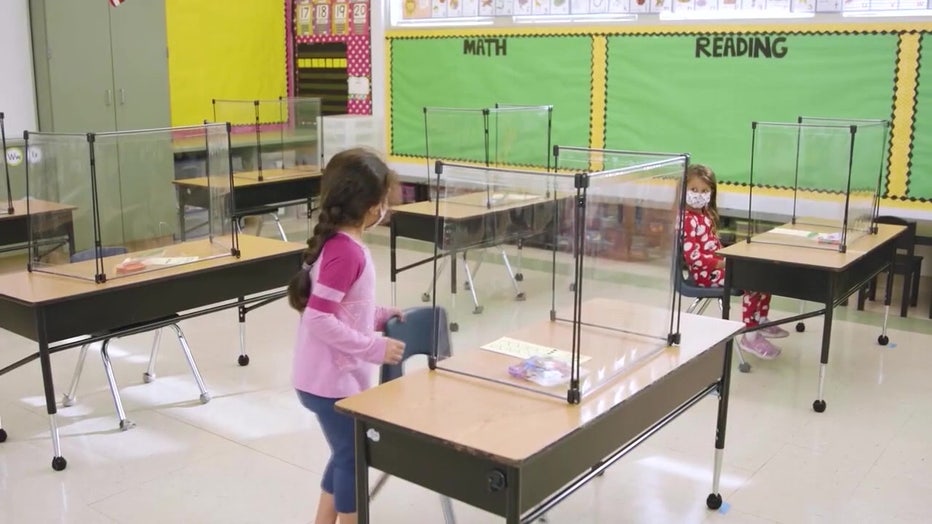 So far, more than a third of Michigan school employees have not yet gotten vaccinated or aren't scheduled to do so yet.

In a National Education Association survey of 3,305 people, they found 82% of educators had not yet been vaccinated. About 85% believe educators should be prioritized to get the vaccine, however, about half of all states do not prioritize teachers getting inoculated.

Michigan is among the states that have granted educators eligibility in getting the vaccine. Gov. Gretchen Whitmer has pushed for all districts to offer some form of in-person class to students by the beginning of March. A proposed relief package in the legislature wanted to allocate extra money to districts that reopened in-person class by mid-February.

It's unlikely every district in Michigan will meet the hopes of the state's elected officials by those timelines, however. Detroit Public Schools, the state's largest district, won't offer in-person learning until at least late-March.

A report from the Education Policy Innovation Collaborative found only 61% of school districts would offer in-person learning in January.