MICHIGAN - Of the 469,000 farm animals that perished in barn fires in the United States, more than half took place in Michigan in 2019. The grim statistic places Michigan as the top of a very depressing stat line.

A study put out by the Animal Welfare Institute completed last week found 253,000 animals have died from 14 barn fires in Michigan alone. North Carolina came in second with 42,500 deaths from five fires and Pennsylvania came in third with 42,000 deaths from 14 fires.

"Such a massive loss of life that involves extreme suffering would be considered horrific and unacceptable if the victims weren't animals raised for food," said Dena Jones, director of AWI's farm animal program in a statement. "Even millions of deaths are of little consequence or concern, however, to an industry that produces animals by the billions and views the life of an individual animal as having virtually no value."

However, it's likely these numbers aren't even the full story. Because municipalities generally aren't required to report barn fires and private companies don't publish that information for the public, the AWI believe the number of livestock deaths is likely higher.

A closer look at fires that claimed the highest number of livestock reveal why Michigan ranks the highest. On April 30, a fire at the Herbruck's Poultry Ranch in Ionia County killed 250,000 hens. The fire lasted more than a day and is still under investigation. The ranch distributes eggs to McDonald's locations and other customers. 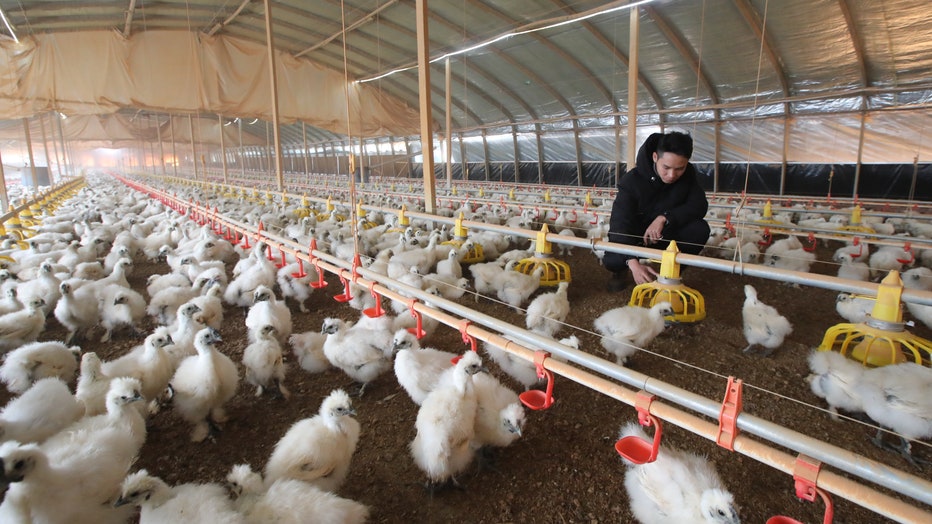 JI AN, CHINA - DECEMBER 04: A farmer inspects chickens at a chicken coop on December 4, 2019 in Ji an, Jiangxi Province of China. China's consumer price index (CPI) rose 3.8 percent year-on-year in October, according to the data released by National