DETROIT - It wasn't just Detroit Lions fans that applauded a recent decision by the team's owner for making a coaching change mid-season.

Dozens of legislators from the Michigan State House have also signed an open letter to Principal Owner Sheila Ford Hamp applauding the decision.

The letter was a bi-partisan effort with 40 signatures in support of the Fordson grad and current 49ers defensive coordinator.

Not only did they offer their admiration but a coaching recommendation as well.

"We are writing today to thank you for your recent decision to make a change at manager and head coach for your franchise. These decisions are often difficult but are necessary to move forward," read a letter from Rep. Abdullah Hammoud (D-Dearborn). "For many in our state, and across the globe, the Detroit Lions hold a special place in our lives. We look forward to future success through transitioning toa new manager and head coach."

"Speaking of head coach, we have one in mind - Robert Saleh." 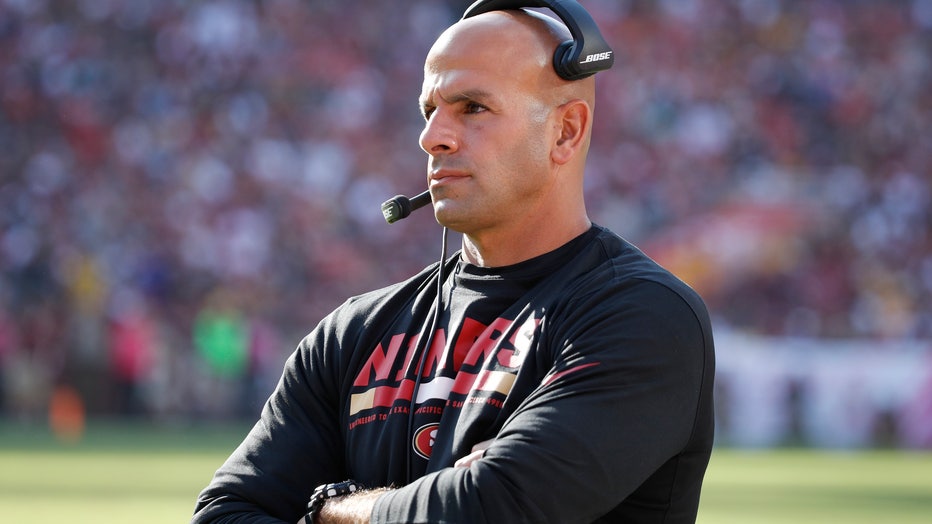 Saleh currently coaches for the San Francisco 49ers as a defensive coordinator. But he also has a Michigan connection that runs deep. He was raised in Dearborn, went to Fordson High School, played at Northern Michigan University, and coached at Michigan State University.

"We take the wins and the losses. the failures and successes," Hammoud said to FOX 2. "But we are really hopeful with a new head coach like Saleh we can accomplish things we never thought possible.

"He has built and maintained one of the best defenses in the league," read the letter.

The letter was signed by 40 legislators from Michigan.

"We understand the difficulty of these upcoming decisions. As passionate and loyal Lions fans, we are asking you to hire Robert Saleh as the head coach of our team. He is the best candidate for the job and measures as such across every metric."

Following a blowout loss to the Houston Texans over Thanksgiving break, Head Coach Matt Patricia and GM Bob Quinn were 'relieved' from their duties.