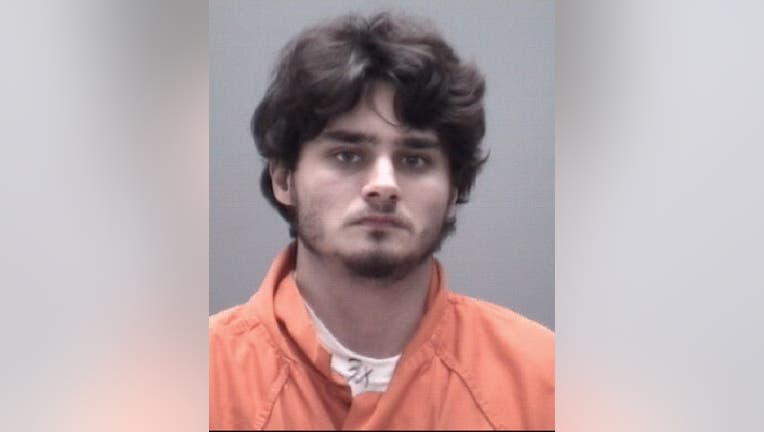 WINDSOR TOWNSHIP, Mich. - A 23-year-old Michigan man suspected of fatally shooting three of his relatives at a house near Lansing last week was arraigned Monday on three murder counts.

Eaton County deputies were called Friday to a house in Windsor Township, southwest of Lansing, the sheriff’s office said in a release. A neighbor had reported hearing shots and screams coming from the home and said a girl had fled to their residence with an injured foot.

When deputies entered the house they found the bodies of three adults inside. The victims were identified Monday as John, Barbara and Ryan Sougstad. Authorities have not described the victims’ relationships to Daniel Sougstad but Jerri Nesbitt, executive assistant for the Eaton County sheriff’s office, said the suspect lived at the home where the bodies were found.

The slayings were not random, according to the sheriff’s office.

"Our hearts go out the families of John, Barbara and Ryan Sougstad," Eaton County Prosecutor Douglas Lloyd said in a statement. "Their senseless deaths are a tragedy and have forever impacted the lives of those who loved and knew them."

Sougstad was represented in court Monday by the county’s Public Defender’s office. A probable cause conference was scheduled for Oct. 4, followed by an Oct. 8 preliminary examination.