SOUTHGATE, Mich. (FOX 2) - "The last thing I remember is getting airlifted in a helicopter to Ann Arbor Hospital." It was 2006 and the beginning of a dark time for Rocky Stoutenburgh. In a freak accident, he was wrestling rough with some of his friends and landed on his head.

"I was 19 so I wasn't the brightest in the moment in life so I was just laying in the bed like, 'Guys, I can't move,' and we just thought it was like spinal shock at first or something." But it wasn't. Rocky tore his spinal cord and would soon learn he would never walk again.

A 33-year-old Southgate man who is a quadriplegic is smashing records and winning championships for playing video games, thanks to something called a quad stick.

"I was a very active guy too. I wasn't ever in the house, I was out playing sports or at work or something. So I couldn't do anything that I did anymore."

Rocky was so depressed he was forced to eat through a feeding tube.

One day his younger brother who was into video games brought Rocky home something called a quad stick - a device that would change the course of his life.

"It's just basically a controller with one analog and three holes and a lip trigger that you sip and puff into, and you just have to make the buttons be what you want to for every game."

Rocky got so good at playing video games with his mouth he started moving up the ranks and winning championships against people who played the same competitive quick-paced games with their hands. He soon earned the name "Rocky No Hands."

"I started streaming. I got really popular, started playing games like Club G and Fortnite that are very competitive and I started getting good at them and I got a couple Guiness World Records."

And now the 33-year-old from Southgate just became the first ever quadriplegic to sign a deal with a professional e-sports organization, Luminosity Gaming. 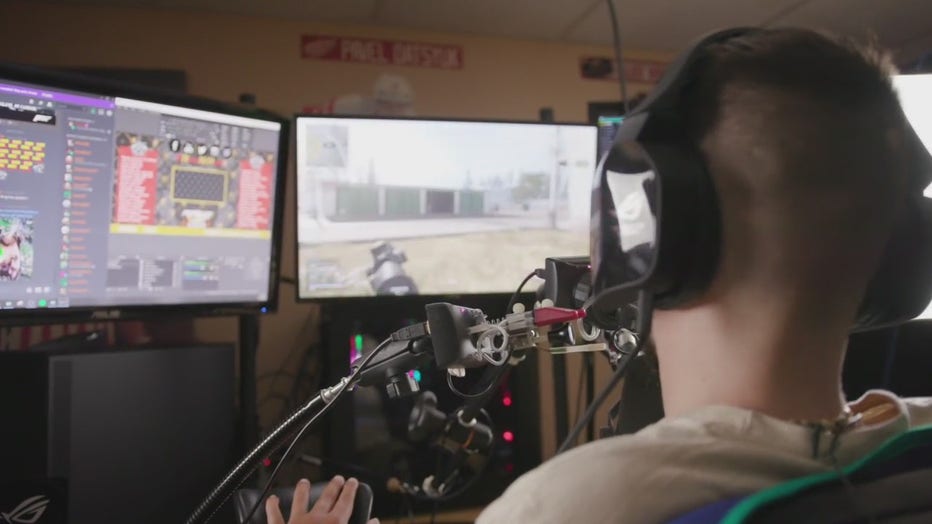 "A couple days later they called me and were like, 'Hey, we think you are amazing we don't want to wait to see if you win the next one - we want you to sign with us now.'"

Rocky now has a job, a girlfriend and a new lease on life.

"I get a salary and honestly, I think out of everything I get out of it that's more important is, I am joining one of North America's biggest e-sports gaming teams so I get notoriety to be known as a professional gamer."

He shows people whatever their challenge may be, anything is possible.

"First of all, it's definitely not easy. I know I make it look easy but it's also not impossible if can do what I do just with my mouth every day then whatever your goals are, you definitely can accomplish them and if you can't, what's it going to hurt to give it a shot?"