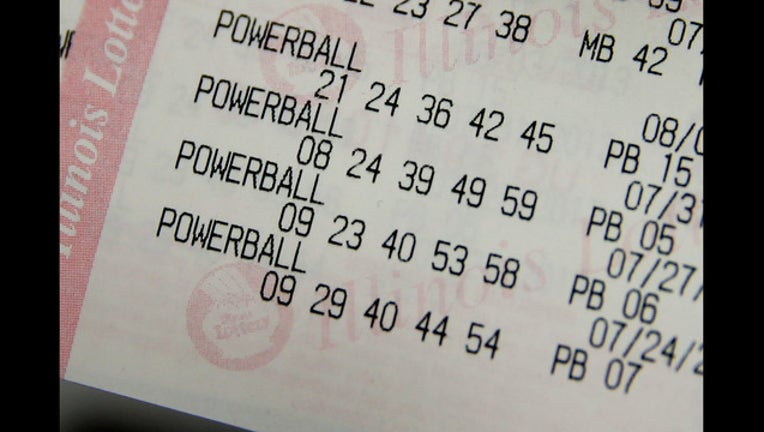 A ticket showing previous Powerball lottery winning numbers sits on the counter at a 7-Eleven store on August 7, 2013 in Chicago, Illinois. (Photo by Scott Olson/Getty Images)

DETROIT (WJBK) - The Belleville man who hit the lucky Powerball a week ago to win a $1 million has come forward and says that he initially was sold the wrong tickets before he got the Powerball prize.

Michael Doyle claimed his prize last week after he matched five balls in the September 3 drawing.

He said that after he saw that someone in Belleville had won a million bucks but hadn't come forward yet, he immediately checked his tickets.

“On Tuesday, I heard on the news that someone had won $1 million with a ticket bought in Belleville,” said Doyle. “I immediately checked my tickets and have been happy and nervous ever since I realized I was the winner because $1 million is so much money!”

Not only that, Doyle says that when he bought his lottery tickets the day before, he was originally sold the wrong tickets.

“I made my normal stop on Friday to get my Lottery tickets for the weekend,” said Doyle. “I asked the clerk for five Mega Millions Easy Picks and four Powerball Easy picks, put the tickets in my wallet and didn’t think about them again. The next day, I stopped to get gas on my way to a friend’s house and when I opened my wallet to pay for the gas my Lottery tickets fell out. That’s when I saw I had Lotto 47 tickets instead of Powerball. So, I asked the clerk at the gas station for four Powerball Easy Picks.”

The 58-year-old man claimed his prize last week and says he plans to buy a new car and use the rest for retirement.

“For all of the times we’ve said: ‘We wish we could,’ but didn’t have the money, now we can,” Doyle said.

Last week, the Michigan Lottery announced a winning $1 million ticket had been sold in Belleville but were unaware of anyone claiming the prize. A Fowlerville ticket was also sold for $ 1 million in the August 23 drawing. So far, nobody has claimed that prize.