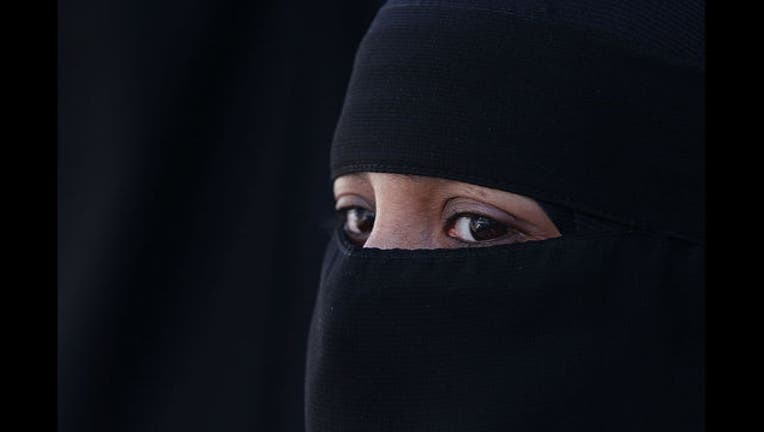 A woman wears an Islamic niqab veil stands outside the French Embassy during a demonstration on April 11, 2011 in London, England. (Photo by Peter Macdiarmid/Getty Images)

KALKASKA, Mich. (AP) - A local official in northern Michigan refuses to apologize for sharing Facebook posts calling for the killing of "every last Muslim" and for nuclear weapons to be used on the world's 10-largest Muslim-majority cities.

Jeff Sieting, the village president in Kalkaska, which is about 230 miles northwest of Detroit, said Monday that he doesn't owe anyone an apology over his Facebook posts, the Record-Eagle of Traverse City reported.

The posts were discovered by area native Cindy Anderson, who along with others unsuccessfully sought an apology last month. They're now looking to remove Sieting from office.

One post Sieting shared said Muslims are destructive and "there is simply no place for them in our world." The post also called for using nuclear weapons against the 10 largest Muslim-majority cities, as well as pilgrimage sites.

Sieting said his comments are protected by the First Amendment and that those trying to oust him from office are only doing so because they oppose President Donald Trump.

"I don't expect everyone to see things the way I do," he said.

Sieting has also come under fire for a sign on his hotel, Hotel Sieting, that asks citizens to pray for Trump. That dispute began before Sieting's Facebook posts were discovered.

Local residents and others who helped create the Facebook group "Kalkaska Residents for Peace" are determining how to move forward after Sieting's refusal to apologize. Anderson said the group of more than 150 people are looking at a potential recall and finding someone to run against him in 2018.

Joyce Golden, a county resident who supports Sieting, said she believes the mayor has the right to post whatever he wants on his personal Facebook page.

"If you don't want to read it, get off of (his Facebook page)," she said. "From what I do know, you are a very honest, faithful, hardworking man and I thank you for that. I hope you continue and stand your ground for your beliefs. I don't believe he has to represent everybody."