Bodycam video released by the family of Benjamin Whitfield shows the young boy shaking after a police pursuit in Ann Arbor on April 16.

ANN ARBOR, Mich. (FOX 2) - Protesters in Pittsfield Township are demanding change after a 10-year-old boy was held at gunpoint and handcuffed after his father ran from officers.

Bodycam video released by the family of Benjamin Whitfield shows the young boy shaking after a police pursuit in Ann Arbor on April 16. In the bodycam video, a Pittsfield Township Police Officer pointed his gun at the boy and demanded he steps out of his dad's car.

The officer then tries to calm him down but then makes him stand up and handcuff him. Moments later, his dad is arrested and asks the police why his son is handcuffed as well.

On Tuesday, a crowd gathered to rally for Benjamin and his family. His mom, Makia Dixson, said her son hasn't been the same since April 16. 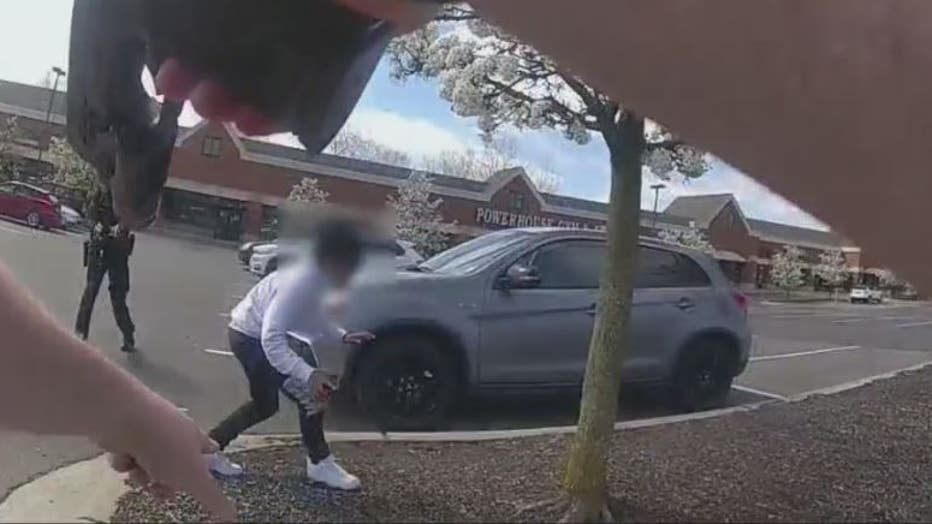 "Benjamin was always my good kid. He always just wanted to play basketball. He really doesn’t want to do too much. All he wants to do is sit in the house and play games," Dixson said.

Family attorney Dionne Webster-Cox said it happened while Benjamin and his dad were at Briarwood Mall. Ann Arbor Police shut down a road nearby due to a shooting investigation and Webster-Cox said his dad drove in the opposite direction of where police told drivers to go.

That led to a pursuit and the confrontation.

"Every time he sees the police, he gets scared," his mom said.

A report from the Sentencing Project shows disparities in arrests involving Black children with Black youth making up 15% of the American population but more than 40% of children in juvenile custody. 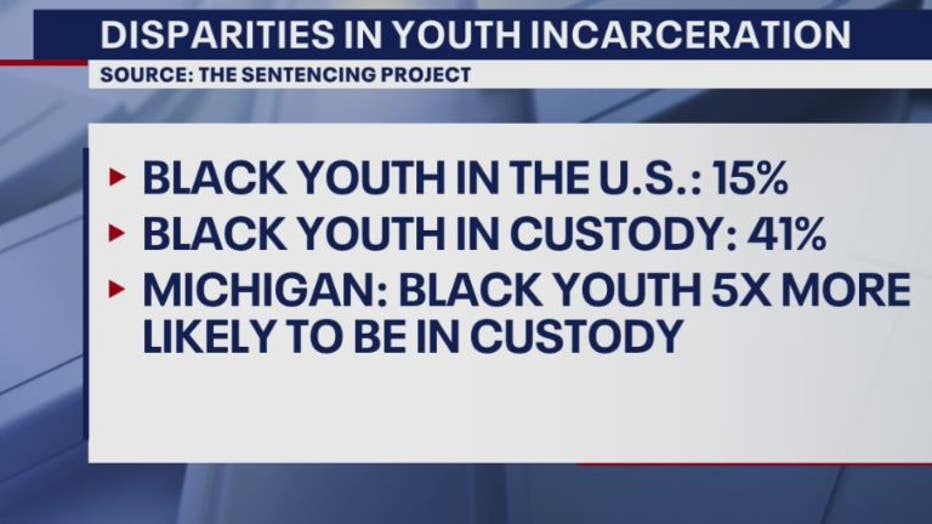 In Michigan, Black children are five times more likely to be taken into custody than white children.

Clinical therapist Dr. Sabrina Jackson said what happened to Benjamin can follow him into adulthood if he doesn't get help.

"Another word for trauma is wound. These children become wounded," Jackson said. "You have to begin to give kids opportunities to see positive interaction with police because there are some.

FOX 2 reached out to the department to ask about his actions, if he acted accordingly, and if he's still on the job. They did not respond to our request for comment. 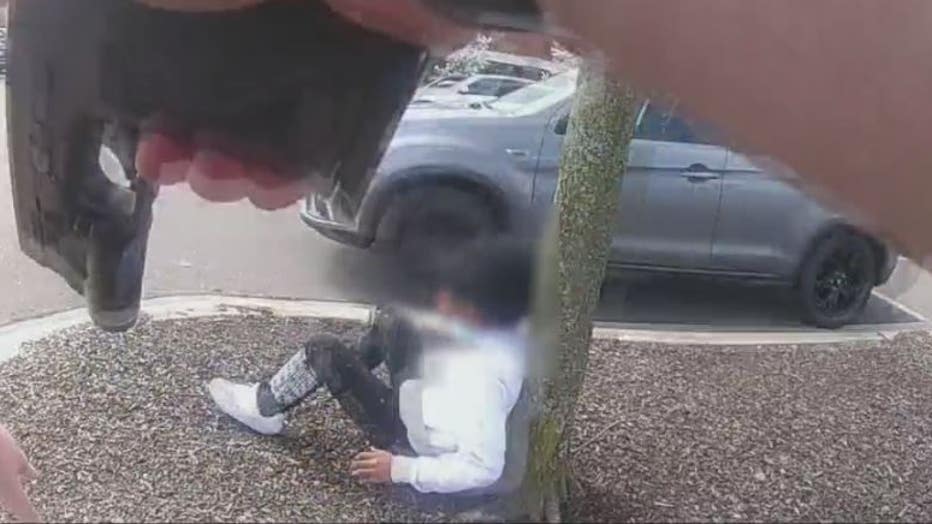