(FOX 2) - "They told us to get on the floor behind our chairs and put on gas masks and then they said, 'Run, run, c'mon, this is not a joke," said Rep. Brenda Lawrence.

The Detroit congresswoman described the moments a mob of protesters stormed the capitol and tried to break through the chamber doors. Lawmakers were forced to take cover under their desks - and grab a designated gas mask located under their seats.

Both Brenda Lawrence and Elissa Slotkin were present on Capitol Hill when an insurrection suddenly broke out.

"The police used tear gas in statutory hall, that's why we all had to put on our masks (when) they breeched the chamber doors. And so they got us out of there and brought us to another safe space," Lawrence said. "I just want to let everyone to know I am okay."

FOX 2 spoke to Lawrence by phone as she and other members of Congress and their staff were locked down in a safe room waiting for the National Guard to help them evacuate.

"I could hear shouting and breaking glass and what we call a flash-bang. like a crowd control measure," said Rep. Elisha Slotkin.

The Michigan congresswoman heard the chaos as she was on her way to the House floor. When she realized the Capitol had been breeched, she quickly turned around to lock down in her office.

"After serving three tours in Iraq, it's not the worst I've seen, but obviously this symbolic nature of what happened today and those hours of fear and concern were just heartbreaking for all of us," Slotkin said.

Both lawmakers told FOX 2 that President Donald Trump abused his power to incite violence and even his one-minute taped plea for peace wasn't convincing enough to quell his most extreme supporters. 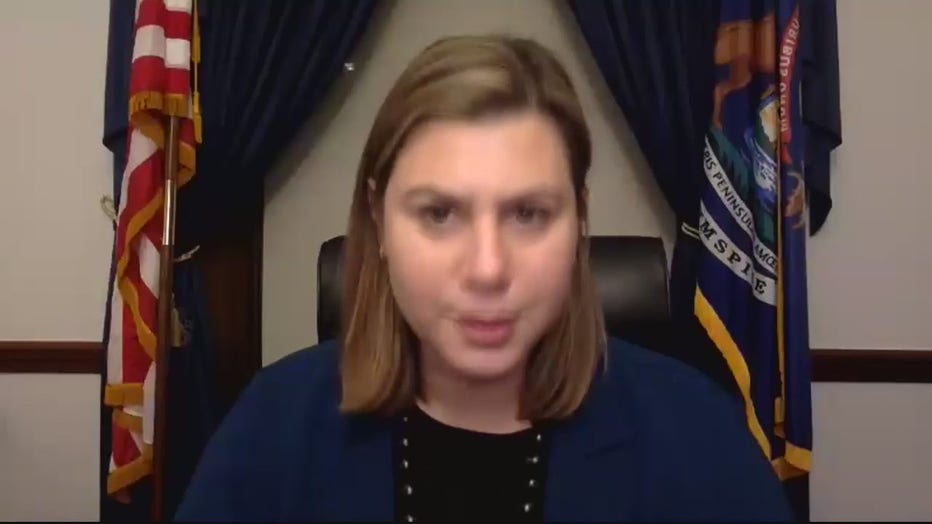 "This has nothing to do with Democracy this is a horrible day," Lawrence said.  "I don't care how disappointed you are in America, this is about human life. This is not who America is, I am disappointed, I am furious, this is unacceptable."

Despite this historic disruption in Democracy, Congress is reconvening and plans to fulfill their constitutional duty.

"I will be here, I am not going to be scared away from this place by those folks," Slotkin said.