FOX 2 - As the rally for President Donald Trump on the day the election was to be certified flashed into chaos on Capitol Hill, Michigan representatives were sheltering in place Wednesday.

Angry mobs upset incensed by the certification of the electoral college, breached numerous police barricades and stormed the Capitol as at least one person was shot. Rep. Debbie Dingell (D-Dearborn) said the vote will contine. 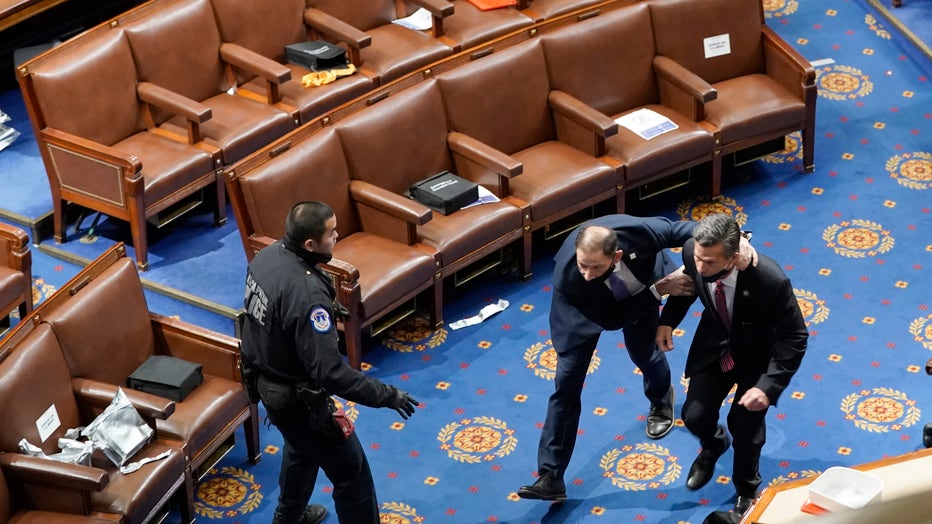 WASHINGTON, DC - JANUARY 06: Members of congress run for cover as protesters try to enter the House Chamber during a joint session of Congress on January 06, 2021 in Washington, DC. Congress held a joint session today to ratify President-elect Joe Bi

Dingell told FOX 2 that the electoral vote could be conducted in a remote format to complete the process.

"It will and may not be remote. Clear the Capitol and go back where we belong. We will do our jobs."

"This is on Donald Trump, period. He called folks to D.C. and gave them marching orders. He needs to be impeached and removed immediately," she said.

This is on Donald Trump, period. He called folks to D.C. and gave them marching orders. He needs to be impeached and removed immediately.

Rep. Elissa Slotkin (D-Michigan 8th District) decried the violence and urged protesters - some from her own district in Michigan - to leave said she was thankful for the bravery of Capitol police.

"This is a tough moment for everyone. The National Guard and law enforcement will need to clear the Capitol. I urge all protestors, some being from my own district, to disperse," she posted on Twitter. "I am remaining safely in my office, as are my staff who were directed to stay home. Rep. Andy Levin is with me since his office building was evacuated. I have seen first-hand today the bravery of the Capitol Police, and I’m thankful for their professionalism and dedication.

"Violence has absolutely no place in our politics. I implore protesters to remain peaceful in exercising their first amendment rights, and I urge my colleagues to recognize where their actions have led us."

Rep Fred Upton (R-Michigan 6th district) said he was horrified by the events of today.

"I am safe and sheltered in place. Horrified and shell-shocked by the violence of rioters trying to undo the constitutional transfer of power.  @RealDonaldTrump for the sake of our nation and the safety of our people, tell your supporters to stand down and leave town."

I am safe and sheltered in place. Horrified and shell-shocked by the violence of rioters trying to undo the constitutional transfer of power. @RealDonaldTrump, for the sake of our nation and safety of our people, tell your supporters to stand down and leave town.

Rep. Haley Stevens tweeted, "I am sheltering in place in my office, the building next door has been evacuated. I can't believe I have to write this."

Sen. Gary Peters echoed the sentiment that this was unacceptable.

"I am safe, sheltering in a secure location, and will continue to follow the guidance of the Capitol Police. Today’s attacks on the Capitol are dangerous, unacceptable and an attack on our democracy-and must stop," he said. 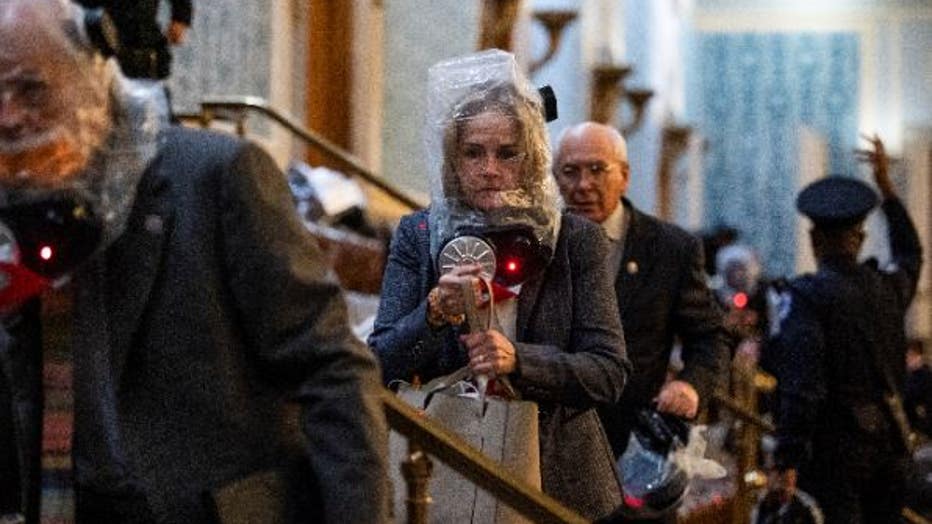 "Today, January 6,2021, is the saddest day in the modern political history of our nation. The implications of the actions of @realDonaldTrump and his minions for our nation are troubling.  I am heartsick."

President Trump released a recorded message urging protesters to "leave in peace" and disperse, while reiterating claims that the election was stolen.