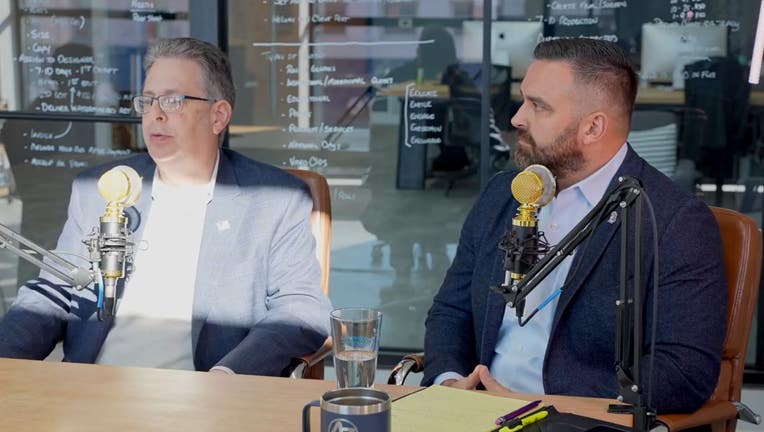 (FOX 2) - Two former Republican candidates for office are teaming up for a run for leadership positions within the Michigan GOP.

Matthew DePerno, who was nominated as the conservative party's candidate for attorney general, had already announced he would seek the Michigan Republican Party Chair. On Tuesday, Garrett Soldano who previously ran for the party's nomination for governor, is running as co-chair.

"Here we go again," Soldano said in a radio interview alongside DePerno. "I really bought into everything that he's going to be bringing to the table and can definitely get behind someone with that vision."

DePerno mentioned he had a plan for how to create leadership, saying he wants to activate and inspire a "grassroots network" and connect it with the donor class.

The two conservative figures had teased the run for state party chair over the past week.

The election for chair, which promises to be a consequential vote for the Republican Party, is in February. It will be one of the first gatherings of the party in a statewide setting since the midterms.

While the 2022 Midterms were talked up as a referendum on Democratic President Joe Biden, the opposite unfolded in Michigan. Democrats swept elections for governor, secretary of state, and attorney general, while also flipping both chambers of the legislature.

As Republicans regroup in Michigan, many are watching what direction the county and state party leadership looks like. In Macomb County, Mark Forton was reelected as chairman last week.

It's unclear if Meshawn Maddock, one of the Republican Party's co-chairs, will run for reelection. In a reaction to the DePerno and Soldano's announcement, she wrote "Never quit" and included a heart emoji.

Ron Weiser, the other co-chair, has already said he is stepping down.