LANSING, Mich. - Michigan's restaurants and bars will reopen their doors for the first time this year as the beleaguered industry hopes to regain some traction during the pandemic.

Amid the second lull in COVID-19 infections in Michigan, food and drink businesses will reopen in-person dining with 25% capacity limits and a 10 p.m. curfew on Monday.

The restrictions have been devastating to the sector of Michigan's economy, which has been confined to outdoor dining and carryout service since mid-November.

After several months of closed doors and restricted service, Michigan bars and restaurants will reopen to customers. The reopening will include a 10 p.m. curfew and 25% capacity restriction - rules that could be reevaluated in three weeks.

When Gov. Gretchen Whitmer's health department gave the order to cease indoor dining, its test positivity rate was among the highest during the pandemic. Its hospitalizations had been climbing, while the COVID-19 caseloads were exploding.

Several sections of Michigan's economy were forced into retreat after orders from MDHHS amid fears that a second surge could force unmitigated death worse than the spring outbreak.

Currently, metrics from the state show a 6.1% positivity rate for COVID-19 tests which is still too high for some health officials, but far less than the near 20% positivity rate some counties were reporting late last year. 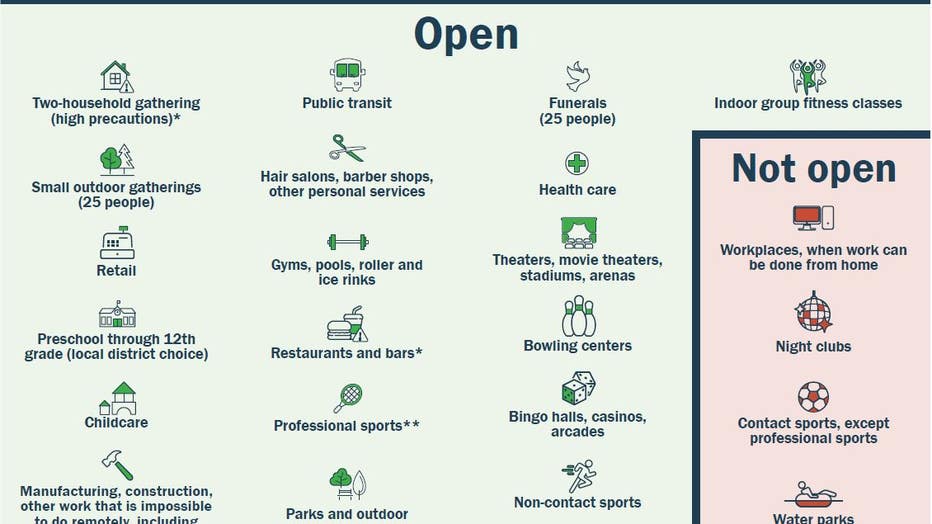 While the industry limped into its second set of restrictions, it's not clear what the bar and restaurant industry will look like coming out of the second wave of closures. While small efforts like loan programs and charities have helped in some places, far more haven't some reports show.

Roughly 3,000 restaurants and bars have closed in response to the COVID-19 restrictions.

The state intends on reviewing the restrictions and potentially altering their rules after three weeks of reopenings.