HARPER WOODS, Mich. - A violent string of incidents on southeast Michigan freeways continued Wednesday when gunfire broke out between two vehicles on I-94.

The shooting took place in east Detroit near the 8 Mile overpass.

The fifth freeway shooting in the last three weeks took place on I-94 near Eight Mile. A car involved in the shooting came to a stop in Harper Woods about three miles away. It was covered with bullet holes. Police took one armed man into custody while a passenger who was injured in the gunfire was hospitalized. They do not know where the second vehicle is.

Michigan State Police investigating shut the freeway down for hours to look for evidence. Beyond the shell casings that covered part of I-94, police also got at least half the story from one of the vehicles involved.

A red sedan was found riddled with bullet holes about three miles from the scene in a Harper Woods neighborhood.

Police that found the vehicle arrested one man who was armed, while emergency services rushed the passenger to the hospital. He was last reported to be in serious condition.

The investigation shut lanes down on I-94 for hours. 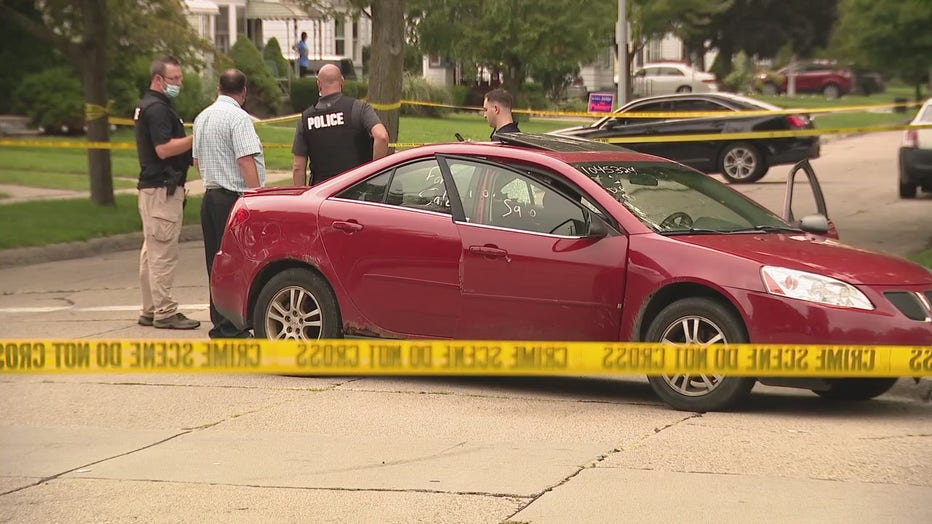 An incident that's become increasingly common on highways around Metro Detroit, Wednesday's shooting is the fifth that MSP have investigated in the last three weeks.

Even so, they have no description of what the second vehicle involved looks like. If you were in the area at the time of shooting and saw something, police would like you to give them a call.