Two suspects are under arrest after a trooper who is part of the state police drug taskforce was wounded from a second floor window in the early morning hours of last night.

DETROIT (FOX 2) - A Michigan State Police trooper was shot in a west side Detroit neighborhood, but is expected to recover.

Investigators have two suspects under arrest for the early Tuesday morning shooting that happened at the Infinity Park Townhomes near Telegraph and I-96.

The shots came from the second-floor window. Later police used a search warrant to recover three bullet casings and other evidence. It led to the arrest of the suspects in the Romulus/Inkster area. The shooting is said to have happened during an undercover operation looking for drugs.

The trooper is a 10-year veteran of the force and is a member of the special drug taskforce.

Apartment resident Ms.Johnson said that she hears gunshots far too frequently at her residence.

"It doesn't make any sense how these people are out here doing this," she said. "This apartment complex is dangerous."

She said that if it was a drug investigation, she would not be surprised.

"My prayers go out to the family of the officer," she said. "I hope they catch who did it."

Ms. Johnson said she does not remember hearing the shots.

"If I did it would have been normal to me," she said. "I am normally hearing shots - so that is normal to me."

Michigan State Police said it is an ongoing investigation. 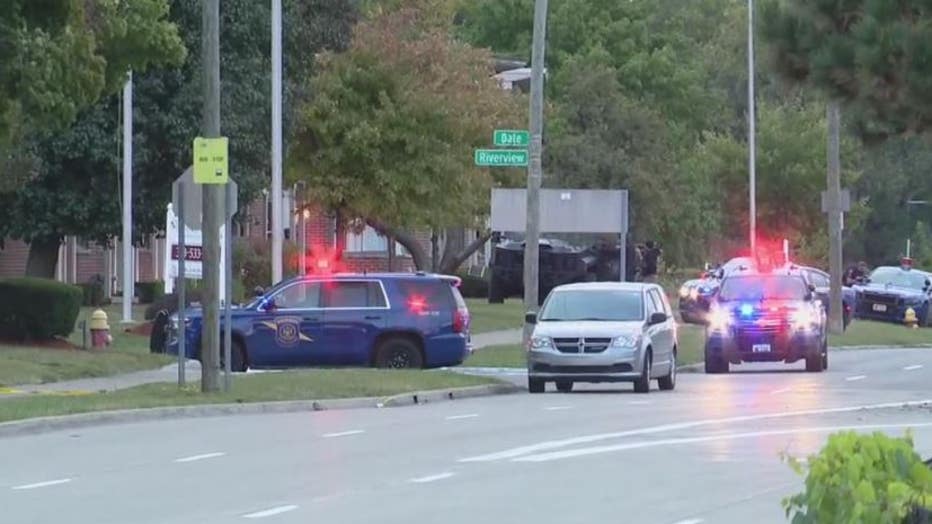