ROMULUS, Mich. - Michigan State Police arrested a driver after they collided with a patrol vehicle on the freeway and attempted to flee before crashing. 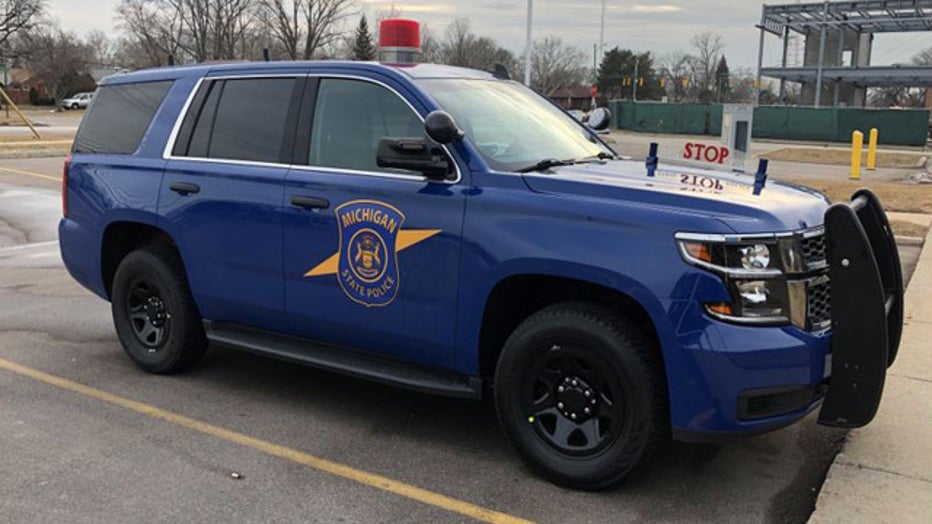 An officer called in a hit-and-run around 11:30 p.m. Monday while they were on the shoulder of the I-275 ramp heading toward I-94.

The incident happened while an officer with MSP's south post had responded to a crash that had backed up traffic.

An officer originally arrived at the left shoulder of a northbound 275 ramp after a one-car crash had blocked access onto I-94 in Romulus.

Traffic had backed up to a complete stop for drivers. While the officer was waiting for a tow truck driver, a separate vehicle was observed slowly passing waiting vehicles on the left.

When the suspect driver attempted to wedge themselves between the state trooper's SUV and a semi-truck, he hit both.

A press release from MSP said the suspect then tried to drive away from the crash scene.

The sergeant on scene attempted to stop the vehicle before the driver fled. However, they lost control shortly afterward and slid into the center median.

Police took the man into custody without incident and lodged him at the Detroit Detention Center.

Nobody was hurt and the officer recorded minor damage to the squad vehicle.