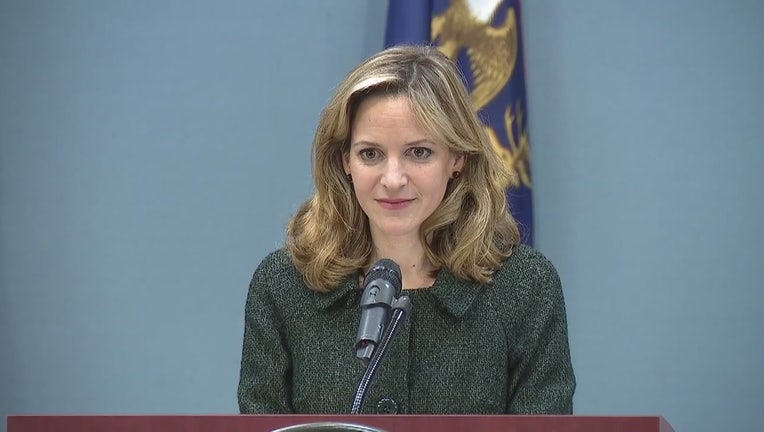 She said the moves, which come amid the coronavirus pandemic, are needed to make sure voters and election workers can stay safe. She pointed to the record number of absentee ballots that were cast in last week’s primary, which also had record turnout.

“To ensure similar success and safety in November, when turnout is expected to double or even triple, voters must know they have the right to vote from home and how to do so,” Benson, a Democrat, said in a statement.

The mailing of postcards, which will cost about $1.4 million and go to roughly half of the state’s nearly 7.8 registered voters, will occur between Aug. 20 and Sept. 20. The notifications will be sent to people who are not already on a permanent list to get an absentee ballot or who did not request one as part of Benson’s mailing of applications to 6.4 million voters in the spring.

The state will allocate $5.5 million in federal funding to local jurisdictions not only for postage on ballot return envelopes but also to redesign envelopes to the standards of the U.S. Postal Service and to buy drop boxes and equipment such as automatic letter openers and ballot tabulators. Some of the funds came from federal virus relief aid.

Benson continued to push the Republican-led Legislature to pass three bills to “support elections, clerks and voters.” One, which would let clerks begin processing absentee ballots a day earlier, has been stalled in the Senate for months despite having advanced from former Secretary of State Ruth Johnson’s committee.

The others were introduced by House Democrats just three weeks ago. One would allow mailed ballots to count as long as they are postmarked by Election Day and arrive up to two days later. The current receipt deadline is when polls close. The third bill would require clerks to contact voters if the signature on the return envelope does not match the one on their registration.

Any voter can cast an absentee ballot without needing an excuse following the approval of a ballot initiative in 2018.