(FOX 2) - Michigan officials are urging people to stand against any discrimination connected to COVID-19, as the attorney general’s office says they’ve received several complaints of issues here in Metro Detroit.

“Everyone knows it came out of China but I decided we shouldn't make any more of a big deal out of it,” President Donald Trump said.

With racism against Asian Americans making headlines across the country, Michigan lawmakers are concerned.

“I know that there have been reports of harassment here in our state and I truly worry that we could see another Vincent Chin-like incident,” State Sen. Stephanie Chang said.

It was a hate crime here that made international news. The Chinese-American man was murdered in 1982 after an argument at a bar in Highland Park. Two autoworkers beat Chin, blaming him for the success of the Japanese auto industry that led to layoffs for the Big Three. It was a senseless murder then and now there’s concern the coronavirus is leading to hate crimes today.

“The virus is a virus - it does not have a race or ethnicity,” Chang said.

She is urging Michiganders to stand together against discrimination and hate, reminding residents that we're all in this together.

“Many of our Asian American community members are healthcare professionals risking their lives to protect all of us right now, and the lead researcher developing the vaccine is an Asian American,” she said. 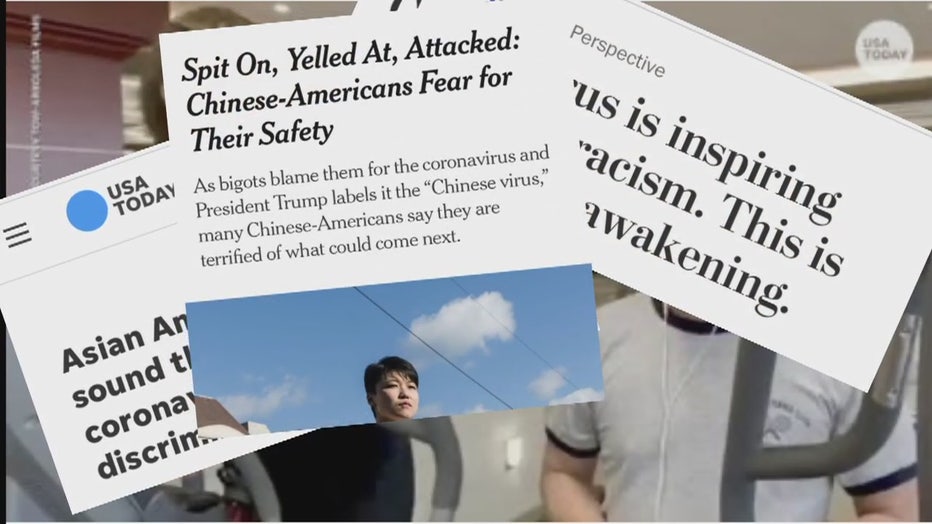 “An Asian American woman who was spat at a grocery store and a gentleman who was working as a butcher at a Polish grocery store in Hamtramck who faced verbal assaults from customers,” she said.

Nessel says her office formed a hate crime unit a year ago due to an uptick in hate crimes in general. She’s now reminding everyone to report such crimes when they see them.

“We encourage anyone who has been a victim or witnessed a hate crime to report it to our office so we can take quick action,” she said.

The attorney general says so far they have not seen a dramatic uptick in crimes against Asian Americans but they encourage reporting -- you can call their hate crime unit at 313-456-0200 or go to hatecrimes@michigan.gov.