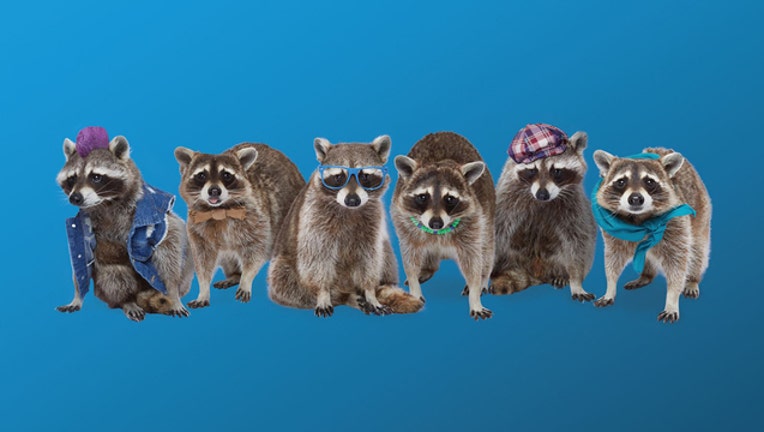 Intuition should tell you where this is going. There’s also Carlos Cardboard and Precious Metale, who promote responsible disposal of cardboard and metal respectively.

Then, there’s Frank. He’s an expert in the “Other” category.

Together these six flamboyant characters make up the Recycling Raccoons, who each specialize in a certain part of recycling. Featured in a 30-second spot put out Monday, they’re ushering in a new era of Michigan recycling. The push to boost recycling rates in Michigan is an essential one, too.

Despite its 10 cent bottle return, Michigan owns an abysmal rate of solid-waste recycling: just 15 percent. That's the lowest of the eight states in the Great Lakes region. To combat that low return rate, the state is infusing part of its million dollar recycling budget toward an education campaign to teach residents about the methods of recycling.

Spearheaded by the revamped Department of Environment, Great Lakes and Energy (EGLE), its Materials Management Division director Jack Schinderle said there’s a lack of knowledge regarding how to recycle. Citing research conducted by the EGLE on Monday at a Lansing press conference, Schinderle said 50 percent of Michigan residents mistakenly believe they can recycle plastic bags in their curbside recycling. Normally that’s prohibited by cities.

That same research also showed 76 percent of residents don’t know or fail to rinse out items before putting them in the recycling bin. Not doing so risks contaminating everything else in the bin.

“This campaign is a first of its kind for Michigan that offers multiple benefits,” said Schinderle at the press conference. “Increasing recycling and improving the quality of materials we’re recycling saves energy, reduces water use, decreases greenhouse gases, conserves resources and translates into local jobs.”

The “Know It Before You Throw It” campaign is part of a $15 million investment into new recycling efforts that was approved by lawmakers and Gov. Rick Snyder in 2018. That’s $13 million more than it was last year.

Ironically, Michigan boasts one of the country’s highest bottle return rates - 90 percent. Unfortunately, that amounts to less than 2 percent of all waste residents recycle every year. Instead, almost 53 percent of solid waste that could be recycled finds itself in landfills.

Recycling has increasingly become difficult in the United States since China changed its policies on importing the country’s recyclables. No longer so freely accepting contaminated waste meant to be recycled, the costs rose dramatically.

That means revenues for handlers like SOCRRA, which service approximately 283,000 people across 12 municipalities, has been reduced. Without the buffer, many municipalities have reduced their recycling programs.

Couple the financial burden with the lack of care residents take when recycling and problems amplify. Contaminated waste meant to be recycled ruins machinery at those facilities. Sometimes items that don’t belong in our green carts also make there way to handling facilities - another burden on companies like SOCRRA. Curbing those mistakes is at the heart of EGLE’s educational campaign.

“Over that time, Michigan has gotten complacent. We can – and must – become America’s leaders again in recycling,” said Recycling Coalition Executive Director Kerrin O’Brien.

Money that isn’t being spent on education will be directed toward a variety of other recycling investments, including developing markets, increasing access to recycling opportunities and revamping planning efforts at the local level to boost rates.

With the large financial infusion, the state is hoping to double its recycling rate to 30 percent by 2025, eventually reaching 45 percent annually.