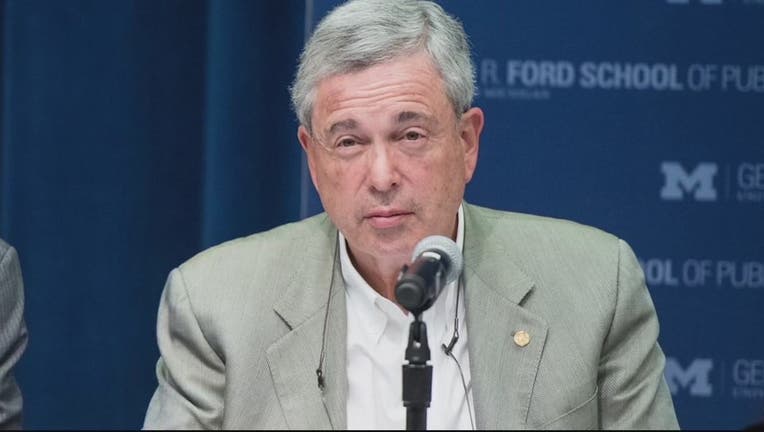 DETROIT (FOX 2) - Ron Weiser, the chair of the Michigan Republican Party, will not be charged for paying a candidate to withdraw from the 2018 Secretary of State race, Attorney General Dana Nessel announced Monday.

Weiser used MIGOP fund to pay Stan Grot to withdraw from the election.

Nessel said Weiser's roles as chairman and previously as party delegate do not qualify him as a public official under state law, so he cannot be criminally charged. However, he did agree to pay a $200,000 fine last month after a review by the Department of State determined seven payments made from the MIGOP’s administrative account to Grot violated the Michigan Campaign Finance Act.

"Paying a candidate for office to withdraw from a statewide election is no doubt insidious behavior that diminishes and undermines our democracy," Nessel said. "However, under the circumstances presented, Mr. Weiser's use of political party funds to manipulate the nomination for the office of Secretary of State for the 2018 Michigan Republican Convention did not allow for criminal charges to be generated. Irrespective of the political actors or parties involved, the Public Integrity Unit of my department will continue to investigate and review allegations of corruption when presented. The fate of free and fair elections in our state demands no less."