FOX 2 - Charles Rogers was one of the most dominant athletes the state of Michigan ever produced.

"Charles had a huge heart," said former Lions General Manager Matt Millen. "He was a really good person, he was one of those guys, who to a fault, would try to help you. He would bend over backwards for you."

Rogers was a unanimous All-American at MSU, setting a the career record for touchdown catches at 27. In 2002 Rogers won the prestigous Biletnikoff award given to the nation's top receiver. Rogers had enough ability and potential that Millen made him the second overall pick of the 2003 draft.

"Some guys have big play ability and some guys don't," Millen said. "Charles had it. He had the ability to take the top off of any coverage. He was one of those guys that if you are looking to make a big play, you got the ball to him."

Injuries and a suspension for violating the NFL's policy on substance abuse limited him to just 15 games over three years with the Lions.

"The worst thing that could have happened to Charles was we leave him alone," Millen said. "Charles needed to have structure in his life. He needed to have a place to report to everyday. He needed guys peeking into his life. And under the rules at the time - and I believe they have amended them since - you couldn't be anywhere near the facility. He couldn't be with the team (during his suspension), he couldn't do anything. I thought that was his downfall."

Never living up to his potential, Rogers was labeled a bust.  After battling substance abuse issues, he was never able to resurrect his NFL career A downward spiral Millen wishes he could have done more to prevent.

"I think Charles should be remembered as a guy who had great talent, who came from tough circumstances, who tried to do exactly what he was told to do," Millen said. "I think the system we had at the time, I think it failed him. Because when he needed help at the most critical time of his life - when he really needed us - we weren't able to even touch him. We couldn't even talk to him.

"Now look, he makes his own decisions, but we were there to help him and we were not allowed to. That to me is I think a tragedy, I think we missed an opportunity to help somebody."

In recent years Rogers worked at an auto shop in Fort Meyers, Florida. He finally made a long awaited comeback to East Lansing in 2017 where he reunited with Mark Dantonio who was an assistant when he played for then-MSU Coach Bobby Williams.

For Charles it was a visit he hoped would reset his legacy. 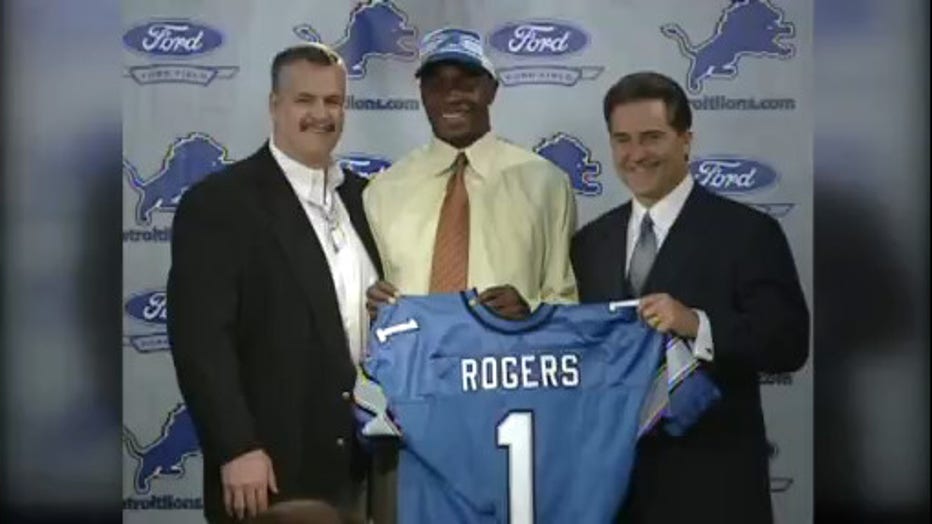