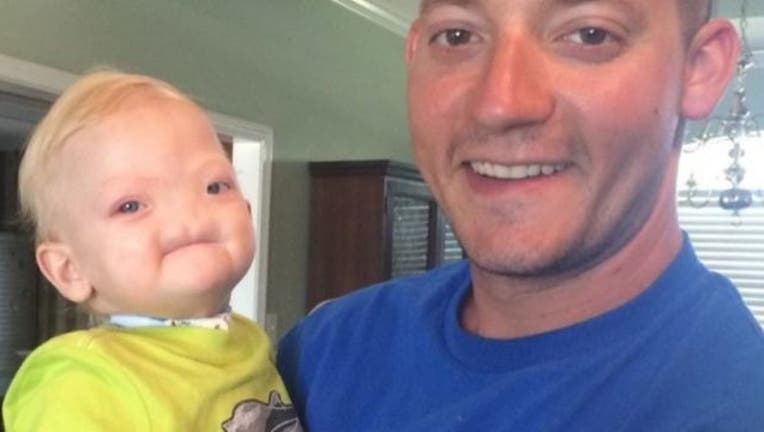 FOX NEWS - An Alabama boy who was born without a nose and had gained a legion of online supporters with his smiles and fist bumps died on Saturday, three months after celebrating his second birthday.

“We lost our little buddy last night,” Jeremy Finch, Eli Thompson’s father, posted on Facebook. “I’ll never be able to make sense of why this happened, and this will hurt deeply for a long time. But I’m so blessed to have had this beautiful boy in my life!”

Eli was born without a nasal passage or sinus cavities and received a tracheotomy at just 5 days old, AL.com reported. He was diagnosed with arhinia, a congenital facial condition that has only been recorded 30 times, according to the National Institute of Health.

Finch told the news outlet that Eli communicated using baby sign language and had started speech therapy at home.  At the time of his 2015 birth, local news outlets had dubbed Eli the “Miracle Baby” and supporters were regularly updated on his developments through a now-defunct “Eli’s Story” Facebook page.

“He finished his race a lot earlier than we would have liked, but it was God’s time to bring him back home,” Finch posted on Facebook. “I’ll forever look forward to seeing him at the gates of heaven waiting on me to give me another one of his famous fist bumps! I love you little man. Rest in peace with my Father.”