DETROIT - "He's such a happy baby though," said Andrea Williams. "He's always been like that."

The longest hour of Andrea's life, was Saturday afternoon when her car was stolen with her baby boy in the back seat.

"That's somewhere I grew up and I always felt safe, so I was kind of confused," Andrea said.

She was dropping her 3 kids off to see their grandma, off Woodward near West Grand Boulevard in Detroit. She brought her two older kids inside first, leaving her Dodge Dart parked running.

"I looked and the car wasn't there and I was kind of in shock, I didn't realize what was happening," she said.

At that point, Andrea realized someone took the car with baby Kelel too. She called Detroit Police right away. 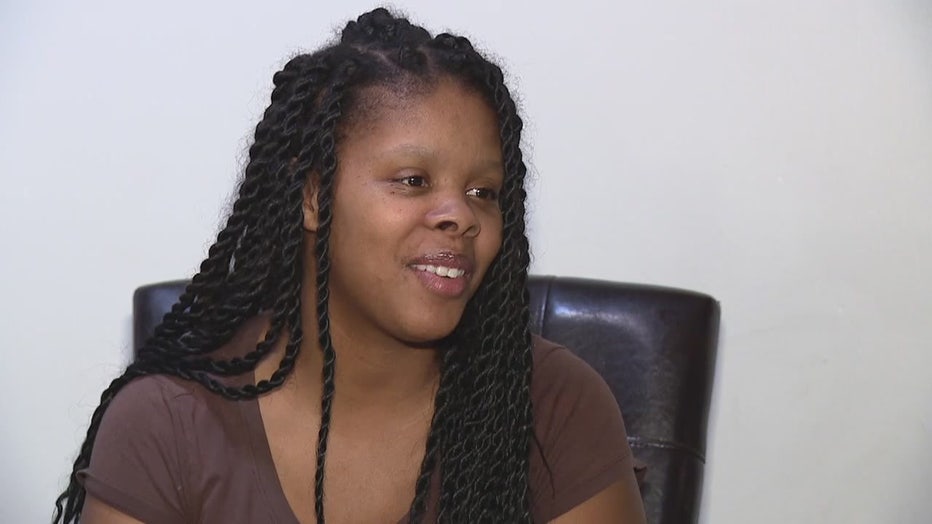 "Hopefully they just dropped him off, but that was my initial fear they left him outside and he only had a onesie on," she said.

A good Samaritan spotted the car and the baby dumped three miles away from where he was taken, at the corner of Boston and Dexter.

They flagged down a DPD scout car who then got the baby to safety.

"He was laughing, walking. He's doing everything. He's good and he has no idea what happened, and I'm glad," Andrea said.

Andrea said she is incredibly grateful and learned a pretty valuable lesson.

" I would say thank you for that, once they panicked and saw my baby they said let's just go and didn't make the situation worse for my son," she said.