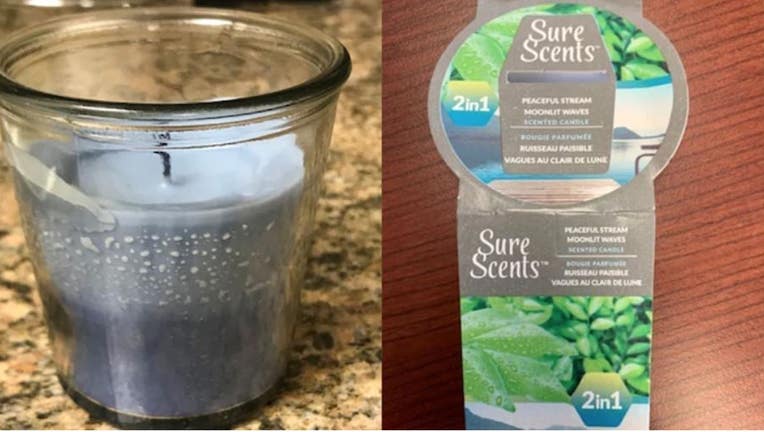 More than 142,000 candles sold exclusively at Dollar Tree stores are being recalled nationwide due to fire hazard concerns.

Officials cautioned that the Sure Scents 2-1 Peaceful Stream/Moonlit Waves Candles have high flames that "can ignite the surface of the wax or cause the glass to break," according to a U.S. Consumer Protection Safety Commission warning.

These high flames could pose fire and burn hazards, the CPSC said.

Adco Trading Inc., the company that manufactures the candles, had already received two reports that the flame height reached above the glass, which caused the glass to break.

However, no injuries have been reported.

The candles were sold at stores nationwide from July 2020 through September 2020. Consumers who purchased the product should stop using it and contact their local store for a full refund, CPSC said.

Although candles pose a risk for house fires all year, there is more risk around the holiday season when more than 30% of consumers head to the store to pick up the festive decor.

On average, 21 home candle fires were reported each day, according to the National Fire Protection Association's latest estimates.