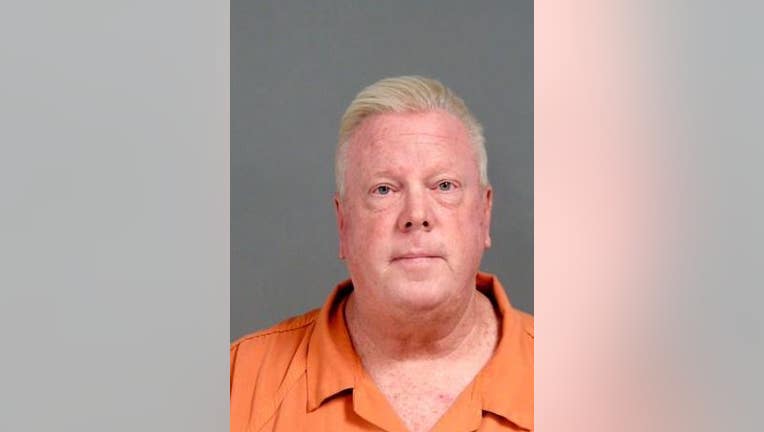 SOUTHFIELD, Mich. (FOX 2) - On Wednesday, officers from the Genesee County Sheriff's Office charged a 57-year-old mid-Michigan man with 1st degree criminal sexual conduct following a months-long investigation. On Friday, the sheriff's office said it had received more than 30 tips from across the country.

Eugene Pratt of Davison was arrested on Tuesday, Aug. 16 by the sheriff's GHOST team after a months-long investigation into allegations of sexual abuse. Pratt's a well-known teacher who held school positions in both Genesee County and in Hamtramck where he worked as the dean of students.

When announcing his arrest, Genesee County Sheriff Chris Swanson said he expected tips to come in from across the country. On Friday, the sheriff said that's exactly what happened.

In total, 31 active tips from across the country were called regarding Pratt, the sheriff said. Included in the tips was a video from 2019. The nature of the video was not released but the sheriff's office said the tips go back as far as 1992 and believe there were more victims.

Eugene Pratt was a well-known teacher who held school positions in both Genesee County and in Hamtramck where he worked as the dean of students.

Swanson said Pratt bounced from school to school for decades and sexually assaulted students throughout his career. The victims were all male and considered both young adults and teenagers.

Pratt had served in varying capacities as a school educator since 1986, including in elementary schools and as a sports coach.

Pratt is married with kids and a lifelong educator - mostly in the Flint area where he is well-known in there because of his father, a hall of fame high school coach.

During his career, he spent more than a year at Caniff Liberty Academy, a charter school in Hamtramck. In a letter sent to parents and obtained by FOX 2, superintendent Dr. Azra Ali said that a criminal history check was done before Pratt was hired and, during his tenure, Dr. Ali said there was no "rumor or evidence of inappropriate conduct".

During a press conference, Swanson said that police had uncovered three different facilitation agreements between Pratt and victims he had abused while working at Beecher High School in Mt. Morris.

Swanson also mentioned that Pratt's alleged misconduct may be connected to the suicide of one individual, but he wasn't being charged in that case at this time.

The sheriff believes there are more victims out there, the hotline number is 810-257-3422.