FOX 2 - This contractor's record is as long as one of those receipts you get at CVS. Some people saw the story and contacted Rob Wolchek saying they were cheated by the same criminal contractor that took a Dearborn Heights lady's money, acted sketchy, and wound up in the Hall of Shame.

Meet four people who say they were victimized by Darrin Ballard.

This Hall of Shame contractor's record is as long as one of those receipts you get at CVS. And tonight Rob Wolchek is going to introduce you to some new people who say they too were his victims.

Wolchek: "So you took him to court and you won a judgment for how much?"

"My head was hanging low, it was not a proud moment in my life."

Wolchek: "You think he's a creep?"

"He never cleaned up once, " Sterna said.

Wolchek: "And how many children do you have?"

And Darrin, the unlicensed contractor who's got an arrest record that reads like a book, doesn't want to add another chapter.

Wolchek: "You dug the grave dude."

"I did, I'm just trying to get out of it," Darrin Ballard said. "I just don't want my probation officer to call me again."

Last week Wolchek introduced you to Michelle. She paid Darrin Ballard more than $4,000 to do some remodeling on her house.

She says Darrin did lousy work, never showed up when he said he would, and showed up unannounced and just walked in her door. 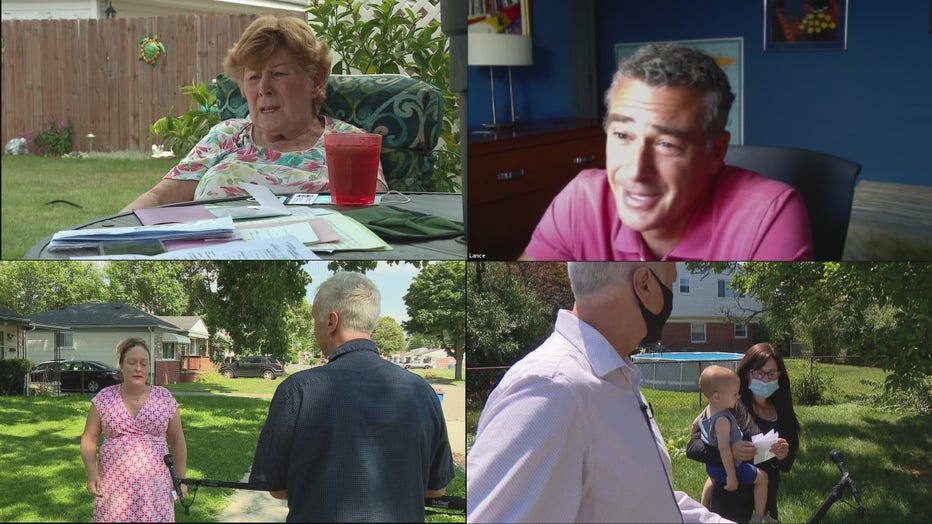 Michelle got a bad feeling about the guy and man, was she right. She discovered Darrin Ballard was a habitual felon. A guy who's spent years in prison for an assortment of felony convictions all over metro Detroit.

Since Darrin is on probation and was doing her work without a contractor's license, she filed a police report and demanded her money back.

Darrin gave her $2,000 and promised her the rest of the money by the next week. When he didn't deliver, Wolchek did.

Darrin claimed he was working for his wife's company Hatt Construction, even though the checks were made out to him personally. His wife Carolyn tried to cover for him, but she doesn't have a contractor's license either.

Darrin claimed he was a new man and would pay Michelle the rest of her money.

"Yeah, I ripped off people years ago," he said to Wolchek at the time. "I don't do that now. That's not my game."

"He's reformed his pockets with everybody's money yes," Jennifer said. "That I believe."

Jennifer called Wolchek after his story aired.  She says she hired Darrin to paint her house.

"He painted half the ceiling on the rooms that he said he was going to paint, and then it stopped," she said. "And then I never saw him again."

What's Darrin Ballard say about that?

"She gave me $700, to paint a laundry room, a kitchen, and a hallway which are all done," Darrin said.

Then, there's Lance. He owns rental properties in Detroit even though he lives in Florida.

Wolchek: "When you saw the story what did you think?" 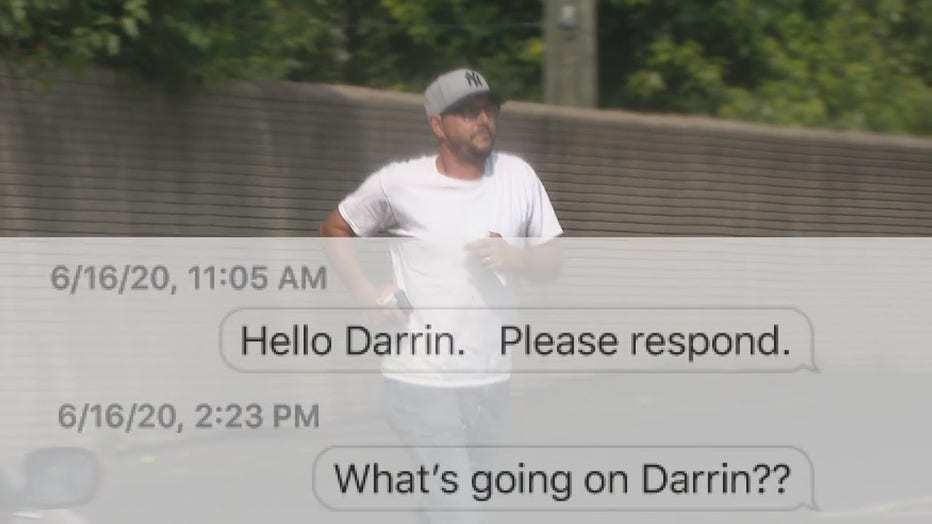 Lance says Darrin convinced him to fix up some of his properties.

"He sounded like he knew what he was doing and that he had a lot of jobs and he was familiar with the process," Lance said. "And he also said, that he was a contractor."

Lance suspected Darrin was charging him for work he wasn't doing and then, after he last paid him for a job, stopped communicating with Lance, period.

"What I've got to do for Lance is like scrape 12 windows down and paint them," he said. "That's all the money I owe the guy. And that happened right during the Covid thing."

Not exactly, this was in June. The Stay at Home order for contractors was lifted in early May.

Wolchek: "He says you told him that you were a licensed contractor. Is that true?"

Marlene hired Darrin to remodel the bathroom in her one-bathroom house in Madison Heights. Darrin tore out her tub and broke her flange.

"I had to go downstairs, try to wash my hair, try to take a sponge bath with a tub on the floor - like a little dishpan," she said.

And this was in November.

Wolchek: "You gave Darrin like six weeks to finish."

Wolchek: "Even though he knew you had no place to bathe?"

She finally hired another company, sued Darrin, and has a judgment against him.

And then there's Sterna's house.  She gave Darrin $11,000. He hired crews to do some of the work, but she's been waiting three months for Darrin to come finish.

In the meantime, this is what her yard looks like: scrap metal torn off the house, and giant nails littered all over. And she has little kids.

Wolchek: "I went and looked at the house. You could get a guy with a wheelbarrow and a truck and you could have that area cleaned up in two hours. You should have taken care of that." 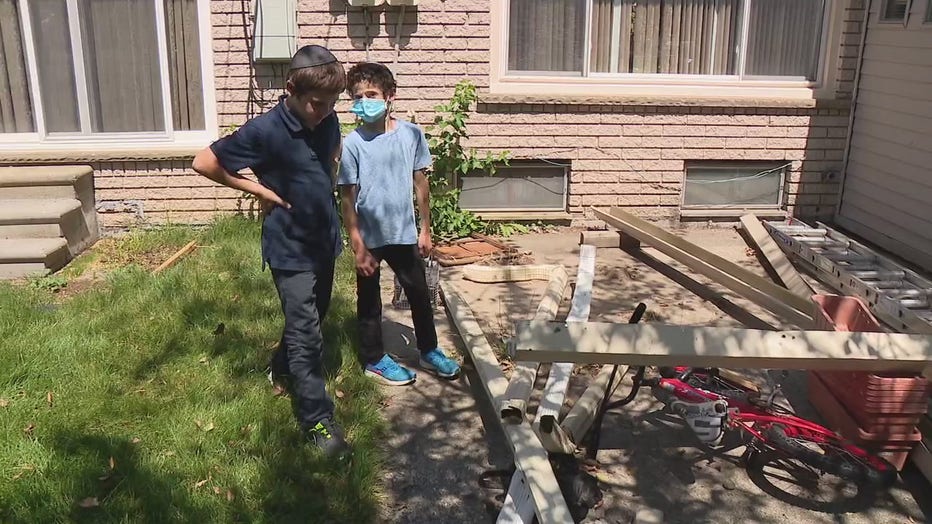 Darrin says he's going to finish Sterna's job.  Do you think he will?  He did pay Michelle the rest of her money after Wolchek's story aired last week.

Wolchek: "I'm going to mention you paid Michelle back. I applaud you for that. That's great. "

Maybe TV exposure will keep Darrin on the straight and narrow. He knows his probation officer is watching and his unhappy customers are, too.

"I want to clean these five little things up so I can be done with it," he said. "I don't want to have to go deal with that. If I get locked up I can't even finish my jobs and then I'm really going to be screwed over."

Wolchek: "Well they feel like they're screwed over already. They might want to see you locked up."

He was out there today cleaning up the mess outside Sterna's house. He also promises to finish her job, Lance's job, and pay Marlene the judgment he owes her. 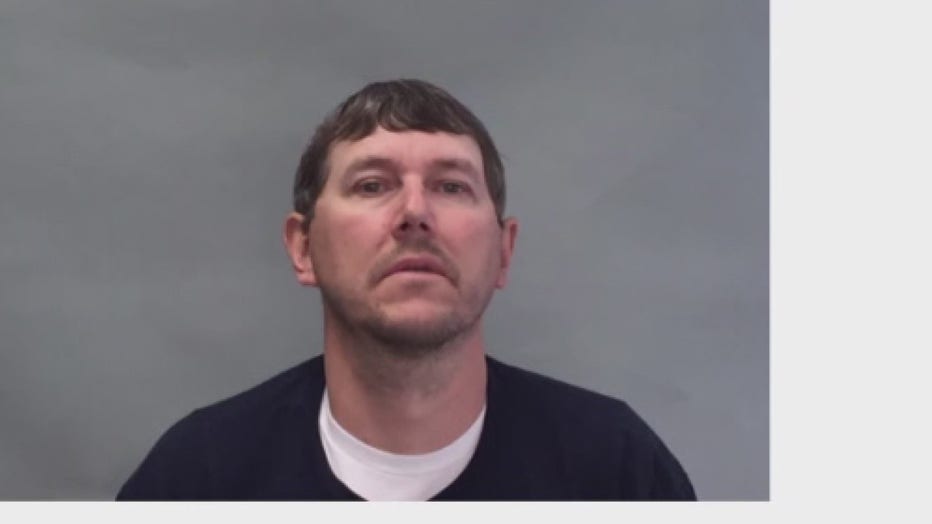