The major court ruling came a little too late for one Metro Detroit traveler. He was forced off a plane Monday morning after an incident involving his mask.

FOX 2 - A federal judge has thrown out the government's mask mandate on public transportation – including airplanes – saying the Centers for Disease Control exceeded its authority.

The major court ruling came a little too late for one Metro Detroit traveler. He was forced off a plane Monday morning after an incident involving his mask.

The Florida federal judge's ruling came mid-flight for a man who was removed from his original plane after he got into it with a flight attendant who claims he wasn't wearing his mask properly. He and others we spoke with have strong feelings about what this ruling will mean.

"I was excited, I was like wow - we happen to be flying that day," Brian Jacobs said. "No masks, okay."

But that vacation got off to a rocky start for him and his family of six flying Delta from Detroit to Fort Lauderdale as they were boarding.

He says a flight attendant told him to wear the mask or else, Jacobs says when he tried to explain himself the attendant wouldn't hear it.

He says after 45 minutes of back and forth with various people on the flight, he made a decision.

It was mid-flight when he learned a federal judge in Florida had struck down the nationwide mask mandate, about the same time other people flying out of Detroit were learning about the ruling as well.

"Very glad, we can get back to normal," said Matt Middleton.

Middleton was hoping he wouldn't have to wear a mask at all when he arrived at the airport.

Tarence Jenkins just forgot his mask - and figured the ruling would play in his favor.

"The staff was more worried about getting us to put on a mask than helping us check in," Jenkins said.

But he and others say the mandate isn't a big deal to them.

"If it's something that is going to protect us from the virus I'm all for it," who said. "If we've gotten to a point where the numbers are low enough, the vaccine is working and we can travel without it, I'm all for that."

"We still have other variants in other countries," said Lynita  i think we should be safer than sorry."

As for Jacobs in Florida, he's hopeful his return trip to Detroit will be a little less eventful - for everyone involved.

"The captain is there to fly the plane, he's not there to deal with mask issues," he said.

As for how the airport is handling this new mandate, Metropolitan Airport issued a statement saying it is aware that the TSA will not be enforcing any rule requiring passengers to wear a mask - and they ask for patience as they await further guidance. 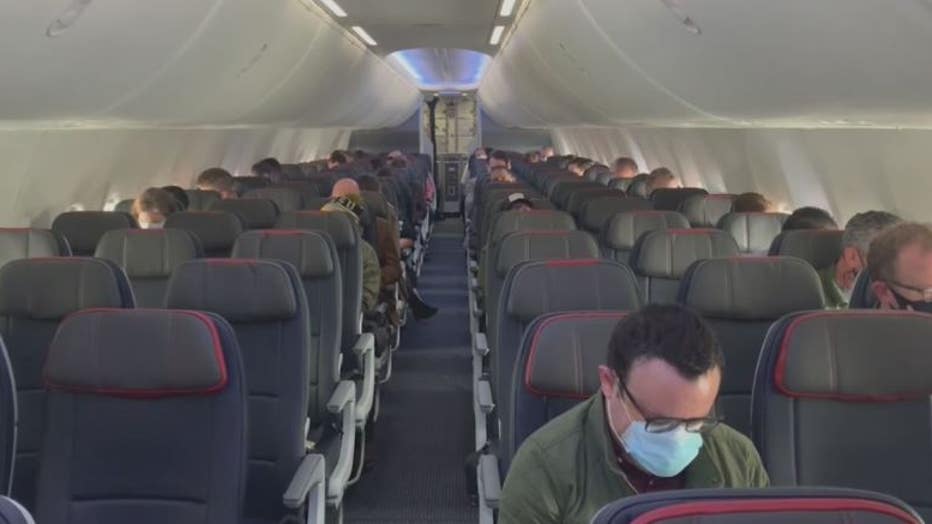