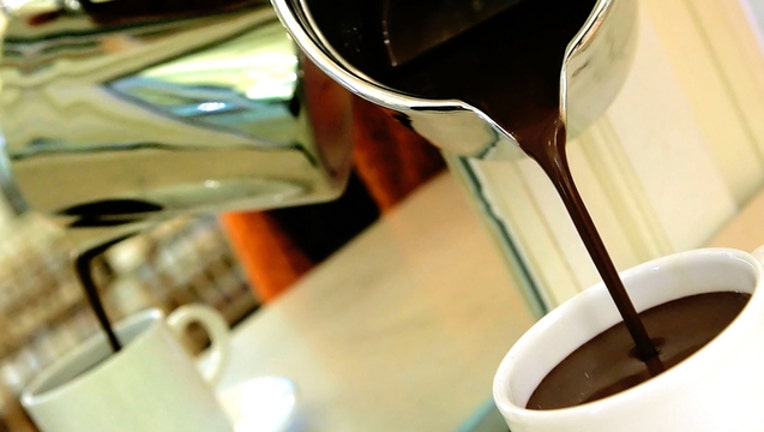 Hot chocolate is poured into a mug at the MarieBelle store February 28, 2006 in New York City. (Photo by Stephen Chernin/Getty Images)

WOODBRIDGE, Va. (AP) - Police in Washington's Virginia suburbs say two would-be carjackers fled from their intended victims when a splash of hot cocoa and a dash of resourcefulness entered the mix.

Prince William County police say in a statement that a 50-year-old woman exited a 7-Eleven convenience store Saturday night with some purchased items when two men, one with a handgun, approached and demanded her vehicle.

Police say the woman struck one man with her bag before her 22-year-old daughter threw her hot chocolate toward both men, who then fled on foot.

No one was injured and no property was taken.