Antonia Brown is coming to terms with the loss of her daughter in that crash.

"I don’t believe this, it’s still so unreal to me," she said."That was my first baby. the one that made me a mother, that's the one that got me to where I am today."

Laniya Bethea, a 24-year-old mother of three, was one of two people who didn't survive.

"She fell asleep at the wheel because she was going eastbound and swerved into oncoming traffic and there was a head-on collision," her mother said.

Michigan State Police confirmed the sedan crossed from one side of the freeway into oncoming traffic - but added it may be never be determined why she crossed the median.

The sedan crashed into a pick-up, pushing it into the path of a semi-truck. The driver of the semi escaped with minor injuries.

Both the sedan and pick-up truck ignited in flames. The driver of the pick-up who died, has not yet been identified.

Laniya’s mother says through her own grief, she must now help raise her three grandchildren ages 7, 3, and 2 years old.

"She was a mother before anything," Brown said. "She put those babies first. Whatever she had to do, like last night she was out there working. She put the babies first."

Brown knows she has big shoes to fill, the family has set up a donation page for anyone who wants to help on GoFundMe may go HERE. 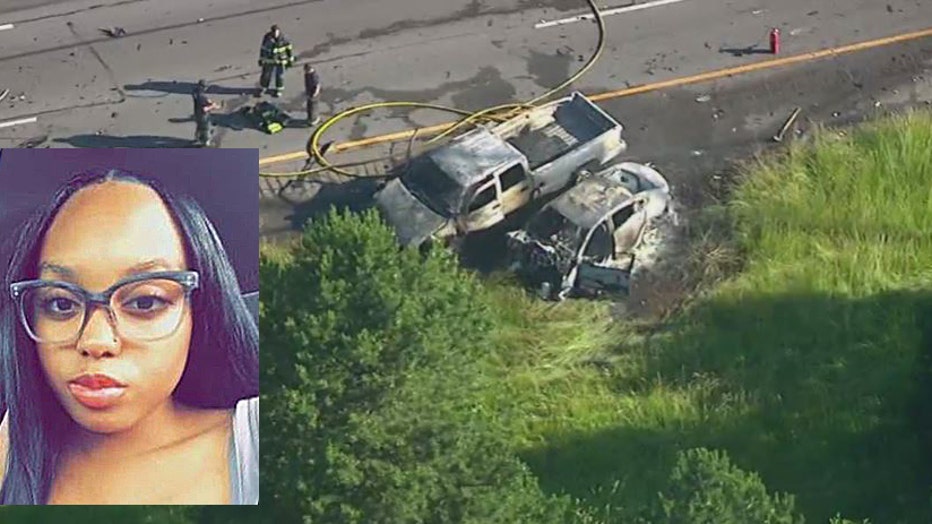