And Nick has a knack for talking big shots into backing his business. Local celebrities are now worried their reputations are going to go down with the Happy Staff ship.

"I saw Joe Zago and Kam Carman and I thought 'This is legit,'" Terry Foster said.

But the "paid" company spokespeople on Mr. Happy Staff's staff sure aren't happy.

Rob Wolchek: "Have you paid them?"

Nick Clark: "That is between me and them."

Wolchek: "Because if you had paid them you would have said yes."

This is Kam Carmen, local celebrity.  She was a weather person on Detroit television and radio for more than 20 years.  Two years ago she was approached by Nick Clark to be the celebrity spokesperson for his company.

Kam was told Happy Staff First was designed for businesses to reward their employees with discount cards.

"So I thought, I can get behind this, plus I'll get paid and I'll be the face of the company and it's a great company," she said. 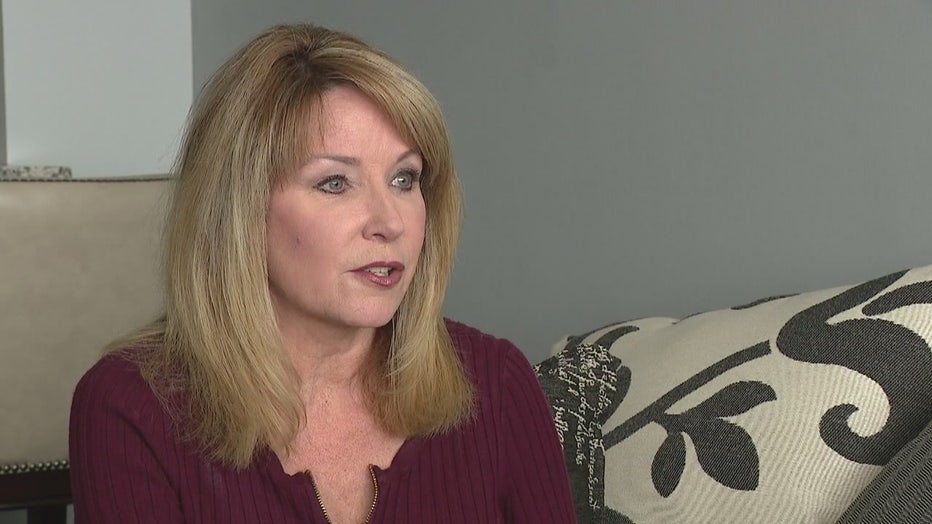 "The chance to work with these people and show them what we can do was also exciting to us," said Tim, Suite 104 Productions co-owner.

Many of the videos were shot by Suite 104, a video production company that said Nick Clark, Mr. Happy Staff, kept showing up with more big shot talent to shoot videos.

"It was the group, everybody," said Roger, Suite 104 co-owner. "Kam Carmen, Joe Zago, Terry Foster. I thought the whole room is full of powerful, capable people."

Joe Zago runs The Carpet Guys, a multi-million-dollar business that buys tons of advertising. What production company wouldn't want to impress him?

"I do see how by using, leveraging my reputation as a company owner here in Michigan as well as Kam and some of the other people, I can see how that would be able to get him into the doors," Zago said.

Nick, Mr. Happy Staff, seems to so far just be calling on businesses to promise them video promos using his paid celebrity spokespeople.  Kam shot several, but nick never paid her the $10,000 she says he promised.

And then she got a nastygram on Facebook about Nick.

"A guy from a Honda dealership reached out to me and said I don't know what this guy is all about, but I paid him to be a sponsor for this campaign and I haven't heard from him," Kam said. "So he's reaching out to me saying you're the face of this company, what's going on here."

Kam was humiliated. She told Nick she was done.  demanded her 10 grand and told nick to take her videos down.  He didn't. She said she was going to sue him and call The Hall of Shame.

"Out of the blue, I get a phone call from a car dealership," Tim said.  "(He said) 'You guys are supposed to come out and produce a video for me and the guy that sold it to me I can't get a hold of him. He said you've got to do something about this or I'm going to call the police."

This was a different car dealership and Suite 104 told Nick he needed to pay up and stop dragging their name into his bad business deals.

Then there's Terry Foster. He built a 30-plus year career as a sports columnist and radio host. 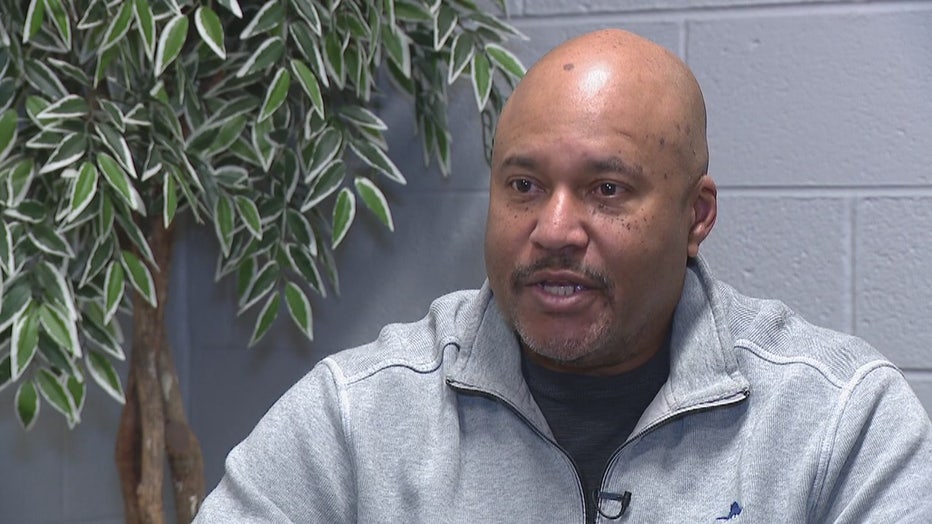 Wolchek: "It says paid company spokesman, were you paid?"

And Nick not only used Terry's image all over his website, he also used Terry Foster to get him on FOX 2's Nine morning show.

Terry Foster was booked on the show to talk about a great cause, but only Mr. Happy Staff showed up.

"That's what we're going to be doing in September and October is valuing employers and employees on a grand public scale," Nick Clark said on FOX 2.

When Kam saw it, she about flipped.

"Holy crap," she said. "He's on FOX 2 promoting this thing that doesn't even exist."

So who is Nick Clark?  In the mid-90s, before he was Mr. Happy Staff he was 'Mr. vacuum cleaner' salesman.  That's where he met a co-worker - Joey Zago.

Joe Zago took the lessons of selling vacuums door to door and became a business tycoon.

Nick Clark took the lessons and became a convicted felon, getting busted for writing bogus checks in the early 2000s. Nick's on probation right now for failure to pay child support.

But Joe Zago, having a good heart, decided to take a chance on his old vacuum cleaner sales friend.

Wolchek: "So you sponsoring him was more a friendship ..."

Wolchek: "You didn't make any money from him?"

Zago: "Oh no, not at all. I've given him a few thousand dollars just to help him out."

Nick Clark: "Kam said if I did not pay her, she would do exactly what you guys are doing right now."

Nick Clark: "Well, I haven't paid her anything yet."

Kam Carman is suing him for $6,000 - the most you can sue for in small claims court.

Nick Clark: "What I am about to do, is go inside so this can be settled according to the paperwork that Kam and I have."

But an hour later and Nick isn't so cocky.

Wolchek: "It didn't go so good in there, huh Nick?"

Now I'm going to let Nick know a few things. I spoke to some of the sponsoring businesses on his website and they told me they'd never heard of Mr. Happy staff.

Wolchek: "I went by Pressure Point Massage, but I showed him on your website and he said I have no idea who this guy is...."

Wolchek: "What was the name of the guy you talked to?"

Wolchek: "And they paid you?"

Wolchek: "When I showed you the website you were kind of flabbergasted."

"Absolutely because I'd be the one inking the check," Mike said.

Wolchek: "So you got money from them?"

Nick Clark: "Because it was never intended for Kam to be paid except with membership sales." 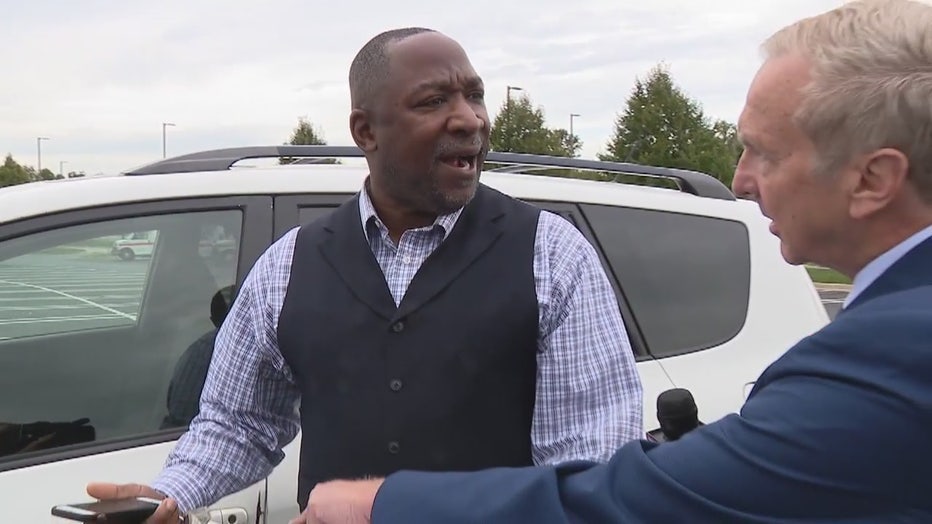 Wolchek: "I heard you talking to Ryan Ermanni saying 'Oh things are going to be happening in September and October' and its October. Nothing's happening."

And what about the Happy Staff rewards? I spoke to six sponsor businesses. None got the cards.

Wolchek:  "They got the cards?  The membership cards?"

Nick Clark: "I have a digital membership card that is downloaded from the phone."

Nick Clark: "It's a digital membership, not quite an app."

Wolchek: "You send me that."

But when we get to Nick's car.

"This is a membership," he said.

Wolchek: "Let me get a shot of this."

Wolchek: "I want to get a shot of this."

Cheer up Mr. Happy Staff, you're in The Hhhhhall of Shame.