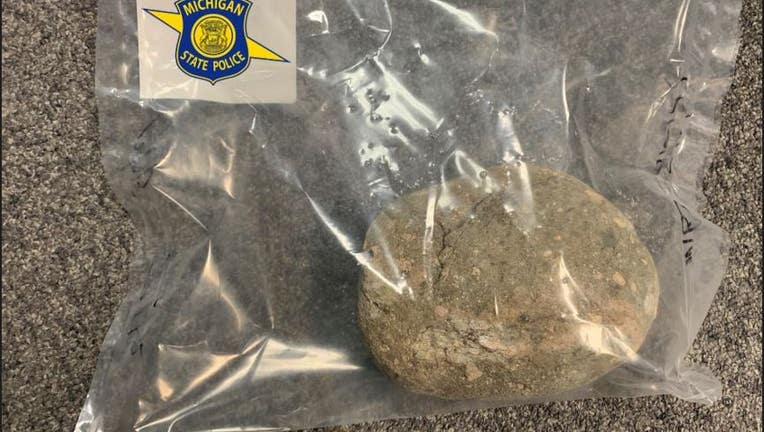 The rock thrown by a man who was aiming for a truck his ex-girlfriend was in. The throw eventually injured a 7-year-old girl. Photo via Michigan State Police

OTSEGO COUNTY, Mich. (FOX 2) - A rock thrown at a truck in northern Michigan bounced off the vehicle and hit a van, hurting a child, police said.

Michigan State Police have now charged a Gaylord man with felonious assault and malicious destruction after the thrown rock led to a 7-year-old girl being injured from flying glass.

The assault unfolded because Brandon Allen Clifton, 31, had spotted his ex-girlfriend traveling with a man and her two kids in Evergreen Township in Otsego County, police said.

The incident happened on in the early evening of Aug. 6 after Clifton recognized his ex-girlfriend while driving in his Jeep the opposite direction. When he saw them, he turned around and followed the truck with his ex-girlfriend in it. 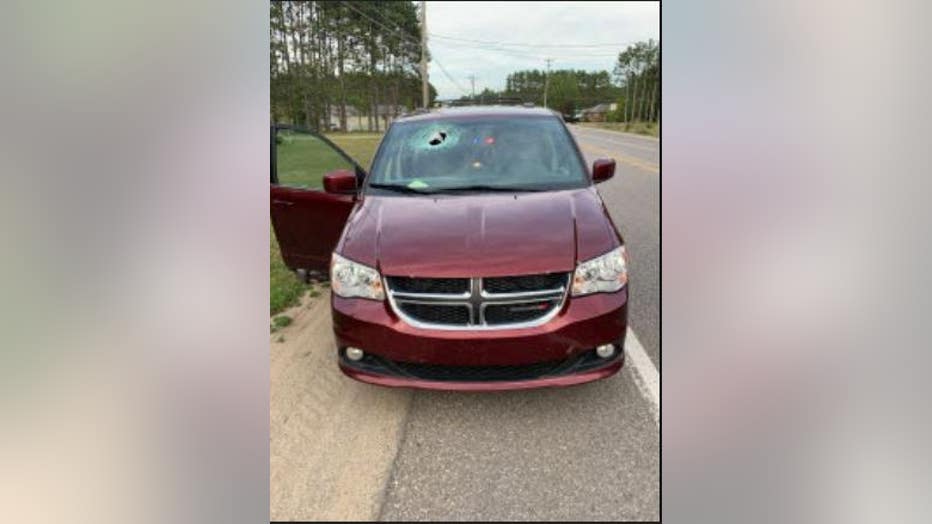 While on McCoy Road, police say Clifton passed the truck before using his brakes. Clifton then grabbed a large rock that was in his Jeep and threw it in the path of the truck. The rock ricocheted off the truck and struck the windshield of a Dodge Caravan minivan driving the opposite direction.

An image posted by state police on Twitter showed a hole in the windshield. The rock was recovered inside the van and seized as evidence.

READ NEXT: Chalking tires in Michigan is unconstitutional, judge says

Clifton was eventually taken into custody at the Otsego County Jail and was later arraigned. In addition to the destruction and assault charges, he was also brought up on the charge of littering an object in a vehicle path.