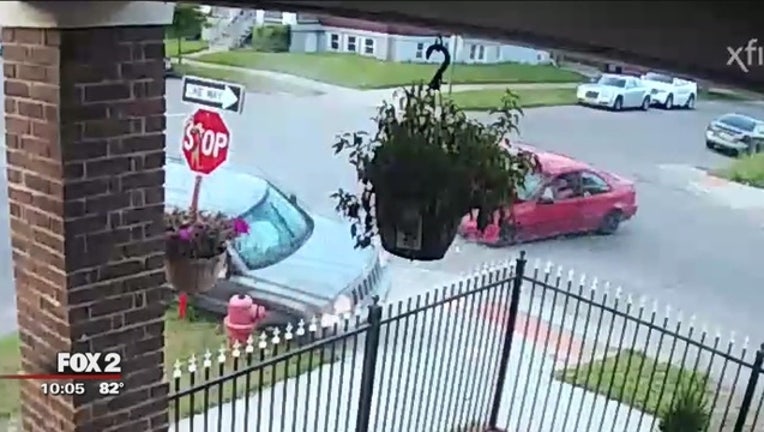 DETROIT (FOX 2) - A crash that happened last week in southwest Detroit involving a Michigan State Police officer is being investigated, along with the officer's conduct following the accident.

The officer was in an unmarked SUV and was hit by another car after he ran a stop sign at the corner of Livernois and Cadet Street. Then the officer got out of his car, ordered the other driver onto the ground and arrested him.

MSP says after reviewing both the black box from the officer's undercover vehicle, and security camera from a nearby homeowner, police confirm the officer failed to stop at the stop sign. MSP is currently investigating both the crash and the arrest the officer made.

The officer is currently out on medical leave. We're told he broke a rib and his collar bone.

Carlos Martinez, the driver in the other car who was arrested, had minor injuries. His mother relayed what happened to us.

Video from the neighbor's security camera showed the accident and the arrest.

"[My son] told him, 'Call my parents, call my mother,'" Martinez said. "The police officer said, 'You're 27 years old, you're old enough, you don't need no parents and plus you don't have no rights right now.'"

Maria said her son is a U.S. citizen.

"He has no criminal history. He's not a criminal, he's never been in gangs," she said. "You don't treat people like that. We're human beings."

Carlos was treated and released for his injuries, and is currently not facing any charges pending the outcome of MSP's investigation.