DETROIT - For Michelle Nichols, stepping away from her son's bedside for even a moment is hard.

"I wouldn't want no one to go through what I'm going through today," she said.

Her son, Emmett Neighbors is in Detroit Receiving Hospital after a car accident on Monday left him lying in the street.

"My son has a tube down his throat just to breathe. He's fighting for his life. He had about three surgeries already," said Nichols.

While details following the incident aren't entirely clear, police know around 7:15 p.m. Monday night, Neighbors was crossing Gratiot Avenue near Helen Street on the city's east side near his mom's home when a red Chevy suburban plowed into him.

Mother pleads for help finding driver who ran over son

Michelle Nichols, mother to Emmett Neighbors is pleading with residents and authorities for anything that may help locate the driver of a car that ran over her son. The horrific traffic accident that put Neighbors in the Detroit Receiving Hospital happened Monday night when a Red Chevy Suburban plowed into him around 7:15 at night.

A neighbor who witnessed the accident pounded on Nichols' door after seeing the incident.

"It was loud, it was like boom and that's when she got to screaming 'Emmett, Emmett,'" said Nichols.

Whoever was in the suburban apparently did stop, even pulling into a Family Dollar store. However, they didn't stay for long.

"They thought about it and then they just left him for dead," Nichols said. "You didn't even care. you just went the opposite way and I don't think that's right at all."

The tragedy for Neighbors becomes more tragic as the victim is the proud father of a 10-year-old boy and is engaged to be married. His mom said he's already had one kidney removed and needed a stent put in his heart to keep him alive.

Detroit police said no surveillance cameras in the area caught the crash, but warn people to watch out for a vehicle of that same description with damage to the hood. It also may have a Kentucky plate. 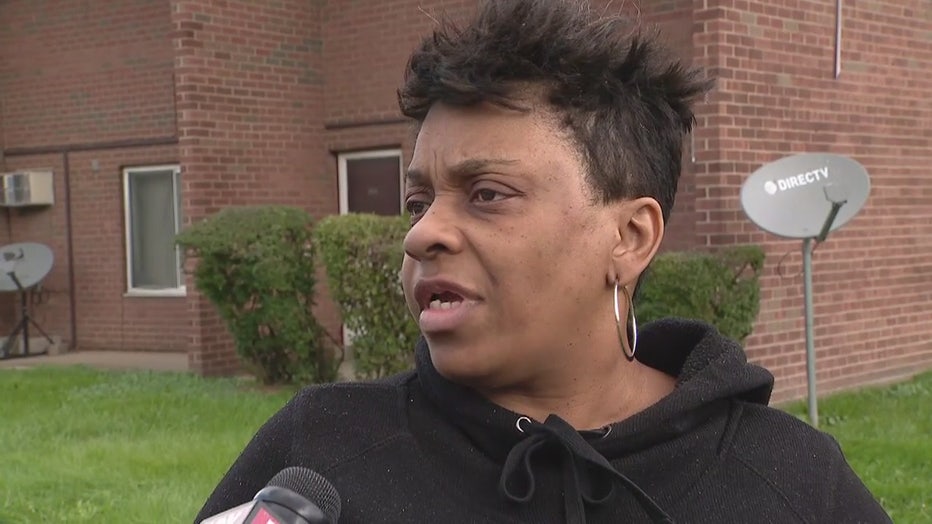 The fight to find that driver is just beginning, and for Nichols, it comes with a message.

"If you're out there and you know you hit my son, then turn yourself in because it's the right thing to do," Nichols said. "That person needs to be in jail."