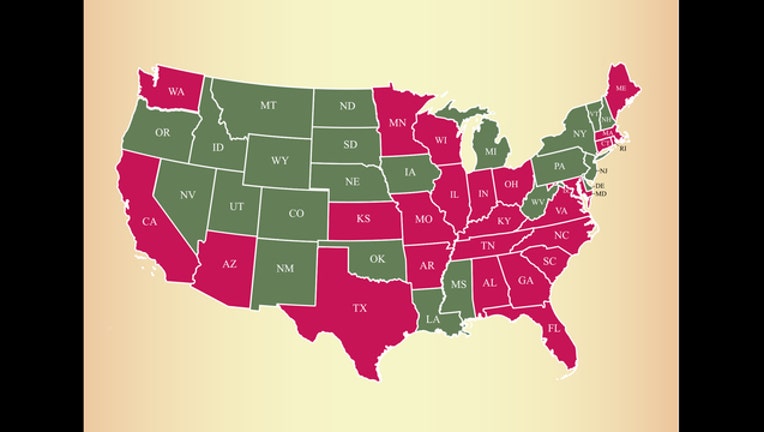 Lice populations in the states in pink have developed a high level of resistance to some of the most common treatments. Credit: Kyong Yoon, Ph.D.

(WJBK) - A new study found that the lice population in at least 25 states are now resistant to over-the-counter treatments still widely recommended by doctors and schools.

In a news conference, the American Chemical Society announced they tested dozens populations in several states with help from public health workers, and found a high level of gene mutations in some of them. These gene mutations have been linked to the resistance of treatment.

Take note - Michigan was not one of the states found to have the resilient strand of the bug, but other states around us were, including Ohio, Indiana, Illinois and Wisconsin.

Dr. Kyong Yoon with Southern Illinois University was one of the first to report the mutating lice in the U.S. He says the lice population in 25 states has mutated, and "the only state with a population of lice still largely susceptible to the insecticide was Michigan."

So, what's the solution?

Yoon says lice can still be controlled by using different chemicals, but some of those chemicals are only available by perscription. He also advises the lice could develop a resistance to those chemicals over time, too.

You can read more about Yoon's study and findings here, or watch this news conference with Dr. Yoon on YouTube: