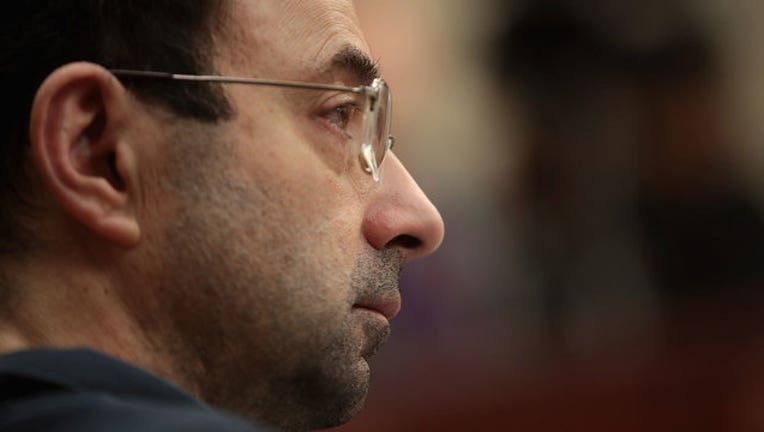 Nassar, who's  accused of sexually assaulting more than 150 women and girls, will be confronted again by scores of victims as he faces another prison sentence for molesting gymnasts, this time at an elite Michigan club run by an Olympic coach.

Several days have been set aside for this third and final sentencing. Judge Janice Cunningham says roughly 60 survivors want to confront Nassar or have their statement read in court. You can watch live when the hearing begins on FOX 2 News Now on our Facebook page.

The case beginning Wednesday is in Eaton County, whereas the former case that made national headlines in Judge Aquilina's courtroom was in Ingham County. This case centers on Nassar's assaults at Twistars, a Lansing-area gymnastics club that was run by 2012 Olympic coach John Geddert. Nassar admits penetrating three girls with his hands when he was supposed to be treating them for injuries.

Meanwhile, the Nassar scandal continued to trigger other developments around the country, from Texas to the nation's capital.

Texas Gov. Greg Abbott ordered a criminal investigation after victims said they were assaulted by Nassar at the Karolyi Ranch, a famous Texas facility that was the training ground for U.S. women's gymnastics. The ranch is owned by former national team coordinators Bela and Martha Karolyi.

USA Gymnastics cut ties with the ranch earlier this month, a few days after Olympic champion Simone Biles and said she dreaded the thought of having to return there to train.

In Michigan, former Gov. John Engler was expected to become interim president at Michigan State, according to a high-ranking school official involved in the plan.

Engler will head the school as it confronts lawsuits filed by more than 100 women and girls, and investigations by the state attorney general, the NCAA and Congress.

And in Washington, the Senate approved a bill that would require governing bodies for amateur athletics to quickly report claims of abuse to law enforcement.