TAYLOR, Mich. (FOX 2) - Every year on Veterans Day Navy veteran John Heidenreich stands outside and salutes traffic - rain or shine - or in this case, snow.

"I started this five years ago," he said. "It's just an honor to keep doing it in every year."

Navy vet in Taylor salutes those who served

John Heidenreich stands every year in Taylor at Telegraph and Eureka. And this year John's friend and fellow veteran Aaron Bartal joined him in saluting.

"I think what he's doing is great," Bartal said. "It inspires others, it inspires me, and hopefully this just keeps growing and we remind everybody that freedom's not free."

The two veterans and their display attracted a lot of attention and prompted plenty of good will.

"We brought him some gloves, some hand warmers and some scarves," said one woman

The warm weather items were desperately needed on a day like today when you're standing outside in a snow storm for hours, paying tribute to those who have served and who are currently serving our country.

While Heidenreich appreciates all the kind words, he says this isn't about him.

"I'm out here showing respect to all of our veterans," he said. "I'm just happy to be able to do it." 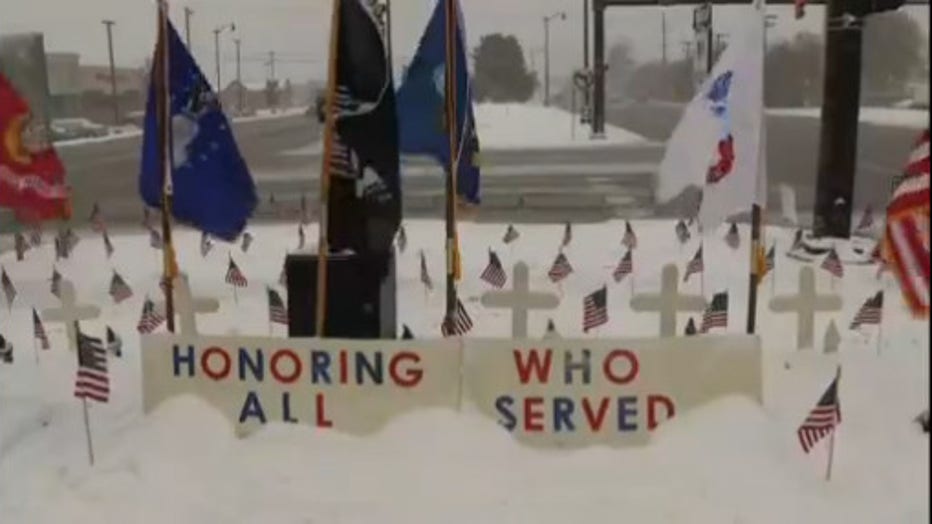 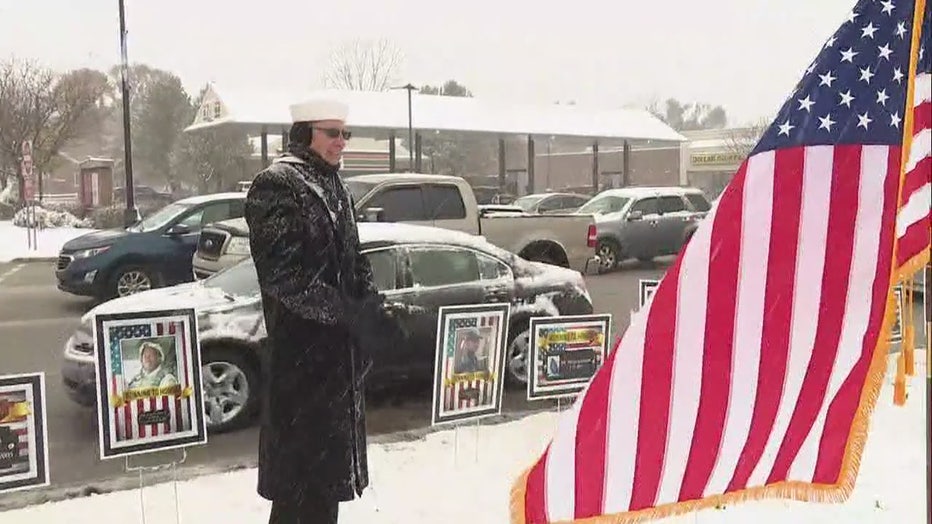