DETROIT (WJBK) - The Detroit Federation of Teachers is calling for a sick-out on Monday, after receiving word that Detroit Public Schools can’t guarantee it will pay teachers through the summer.

At about 7 a.m. Monday, the district announced these schools are closed Monday:

Rhodes said the state House is reviewing a $715 million comprehensive education package, and without it, DPS will be unable to pay teachers, including those who elected to be paid on a 26-pay cycle.

"While we recognize this puts Detroit's parent community in a difficult situation, the district's broken promises and gross negligence leaves us no choice," DFT Executive Vice President Terrence Martin said.

DFT will hold a rally at 10 a.m. Monday outside the Fisher Building, 3011 W Grand Blvd.

"We've reached a breaking point," DFT President Ivy Bailey said. "The truth is we can no longer take the district's word at face value, nor can we trust promises made by the district. ... We're asking Lansing to pay the debt, fully and fairly fund Detroit schools and return local control so that the leaders of our schools are accountable to our community."

"The $48.7 million in supplemental funding recently passed by the Michigan Legislature will provide enough funding for DPS to pay all employees through the end of the fiscal year on June 30, 2016. However, without the passage of the more comprehensive $715 million education reform package that is now being considered by the Michigan House of Representatives, there will be no funds available to pay DPS employees – those teachers on a 26-pay cycle included. There also will be no funds available for the District to conduct Summer School or provide the year-round special education services that a number of our students rely on. I urge our legislators to act thoughtfully, but with the urgency that this situation demands.”

“We understand that the DFT has chosen to engage in a sickout tomorrow May 2.It is unfortunate that the DFT has chosen to make a statement in this way.  I am on record as saying that I cannot in good conscience ask anyone to work without pay.  Wages that are owed to teachers should be paid. I understand the frustration and anger that our teachers feel. I am, however, confident that the legislature will support the request that will guarantee that teachers will receive the pay that is owed to them. The DFT's choice for a drastic call to action was not necessary.

I am confident that the Michigan Legislature understands the urgency of this situation and will act in a timely manner to ensure that operations of the school district continue uninterrupted. I am working everyday with policy makers in Lansing to move this legislation forward. A districtwide sickout will be counterproductive and detrimental to the efforts of everyone working to help the District.

In my two months in office, I have established a productive working relationship with the leadership of the DFT. I look forward to continuing that strong relationship, so that jointly we can achieve our mutual goal of creating a new DPS under local control that we can be proud of.”

At about 8:30 p.m. Sunday, officials said only DPS can close DPS schools, at and this time, the district has not closed any DPS schools.

FOX 2 received a statement from DFT Interim President Ivy Bailey in response to Rhodes' statement at about 10 p.m. Sunday:

“Judge Rhodes is right—we have built a collaborative relationship between his office and our union. But at a certain point, we can no longer move forward on good intentions alone. We were already promised that teachers would be paid for their work ‪through June 30, but now DPS says it can’t keep that promise. Teachers in Detroit have sacrificed greatly to ensure our schools stay open and our kids have the opportunity to learn. But working without pay is the straw that breaks the camel’s back. Teachers have mortgage payments, utility bills, grocery bills. Being paid for their work isn’t a luxury, it’s a necessity.

“We look forward to finding a solution that keeps our schools open for our students and keeps the bargain of being paid for one’s labor.” 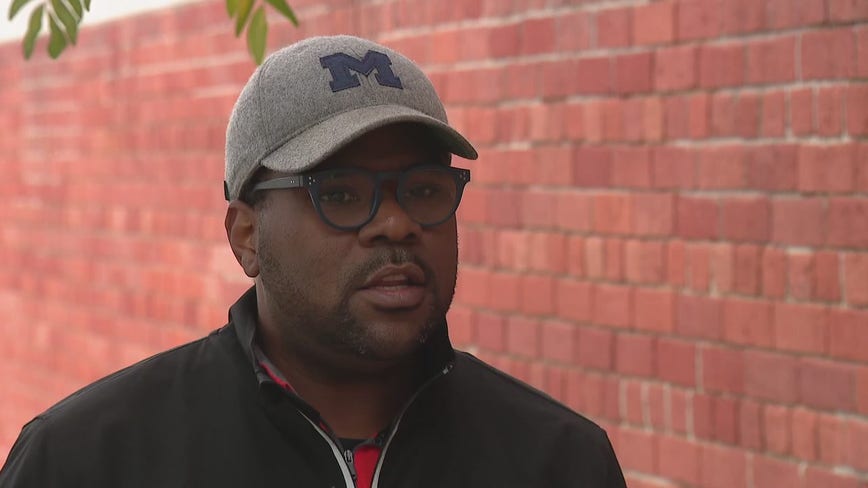