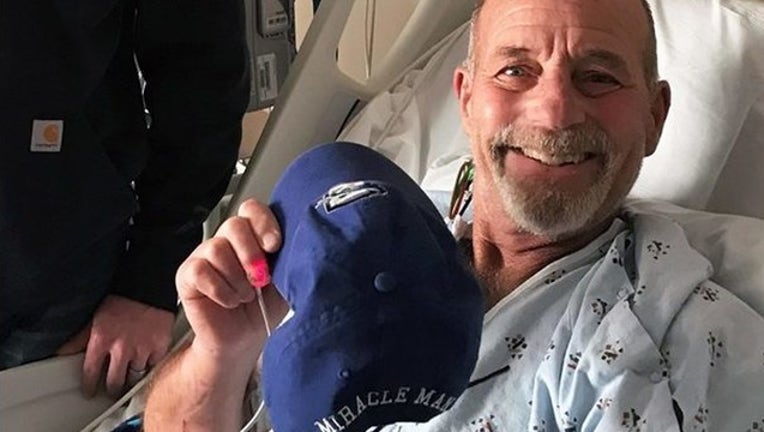 FOX NEWS - T. Scott Marr's children decided to pull the plug after he was declared brain dead. They said their final good-byes and were preparing his services.

But the "miracle man" had a different plan. After being unconscious for two days, he unexpectedly woke up after his doctors thought there was no hope of recovery and his breathing tubes were pulled out. Now, he's recovering at home after weeks of therapy at an Omaha hospital.

"This whole thing has been a miracle from God," Marr told KMTV. "I did not die. I didn't have to die. I'm back here, and I hope to give people some comfort and hope that if they are, in fact, going through anything like that, that it's a safe place."

In the two days Marr was unconscious, he said he had what some might call a near-death experience. He saw his late father walking along the street.

A GoFundMe page was set up to help pay for medication, hospital bills, and other expenses.