Fall is in the air and in Detroit's University District, two neighbors are taking on a challenge.

FOX 2's Randy Wimbley and his family were off to Blake's Apple Orchard to pick the perfect mix to make his famous apple pie.

Piled high with apples, it comes out of the oven looking scrumptious - and you can practically smell it from the street. 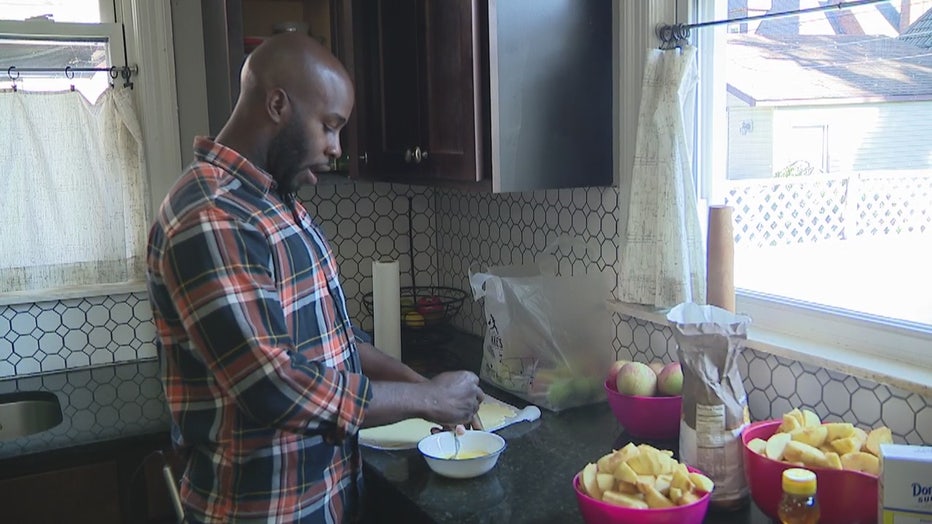 The Wimbleys have lived in the University District for five years. FOX 2's Amy Lange and family just moved in. It is a neighborhood of beautiful old homes built in the 1920s and '30s just north of University of Detroit Mercy at Livernois and McNichols. It has been home for some for decades.

Reggie Turner and his family have lived there for more than 25 years.

"All of my children have been raised up in this community and my wife and I enjoy the community so much," Turner said. "It's just a gem - a gem in the community."

"People turn down Seven Mile to turn in the neighborhood and they're like - 'I've never seen this before.' So it's kind of cool," said Jason Misleh. He moved to the University District in 2012.

"The neighbors are great," he said. "Everyone talks to everyone; everyone knows what's going on."

Unless, of course, we're competing in the kitchen. 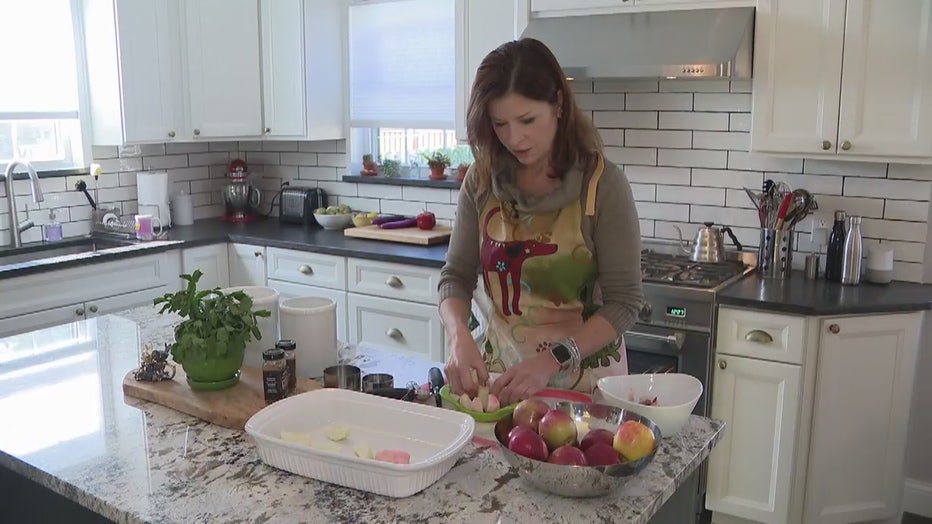 "I think my apple pie will come out victorious in this neighborhood bakeoff," Randy said.

"It is very good so you very well may," Amy said.

With her dog Marco by her side - and while Randy bakes away - Amy assembles the apple crisp. She got her recipe from her mom as well.

"My mom says she likes it because it's super easy," Amy said. "This is just a mixture of flour, sugar, cinnamon and nutmeg." Cut in the butter, pour it one top of the apples and press it down. Pop it in the oven and in less than an hour, you've got dessert.

And we've got a contest.

Our judges, the Wimbley children, are ready.

Seated at the table are our judges - 5-year-old Troy, 7-year-old Emily and 3-year-old Grant. 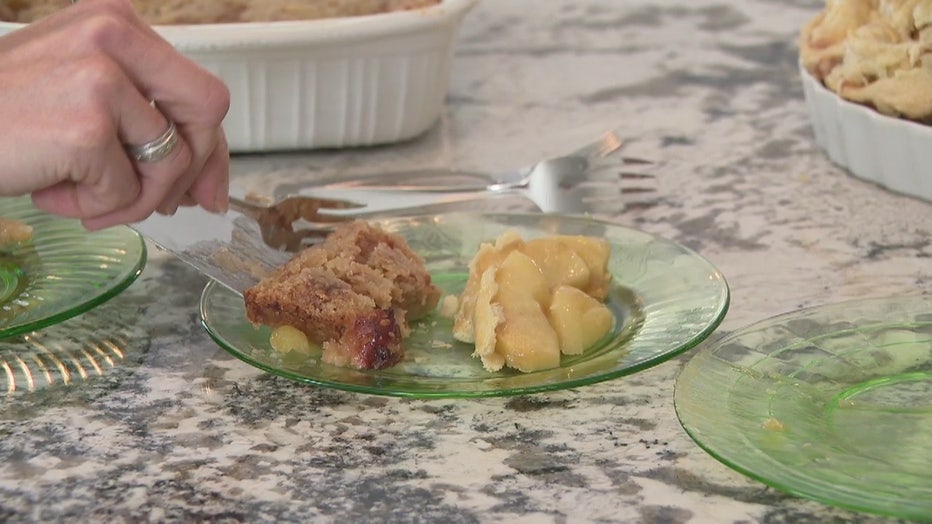 "Which one you think is going to be better - Miss Amy's apple crisp or daddy's apple pie?" Randy asks the kids.

"Oh I like that, that's daddy's girl," laughs Randy. But this confident dad is soon not so sure.

Watch the video to see what the judges decide. 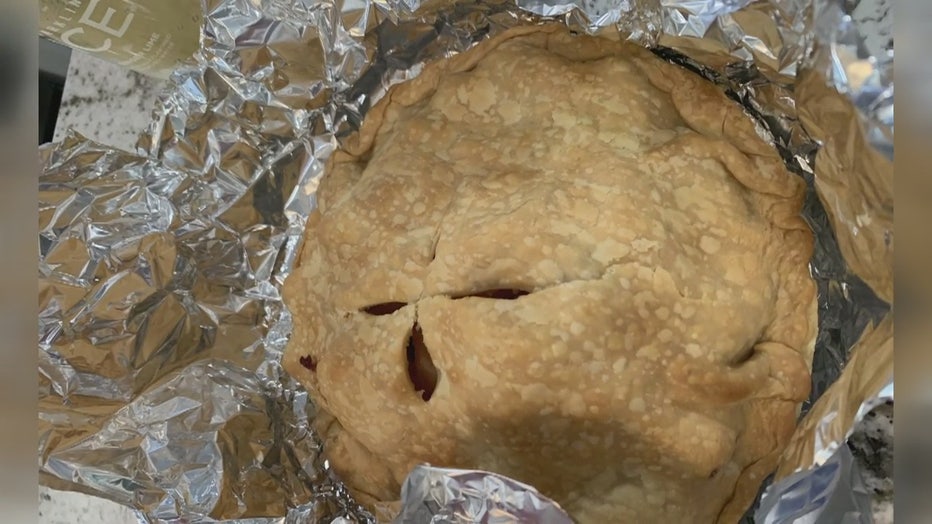 As for the recipes:

Melt the butter in a saucepan. Stir in flour to form a paste. Add water, brown sugar and honey and bring to a boil. Reduce temperature and let simmer.

Place the bottom crust in your pan. Fill with apples, mounded slightly. Gently pour the honey and butter liquid over the apples. Pour slowly so that it does not run off. Cover with crust.  Cover crust with egg wash.

Bake 15 minutes in the preheated oven. Reduce the temperature to 350 degrees F (175 degrees C). Continue baking for 35 to 45 minutes, until apples are soft. 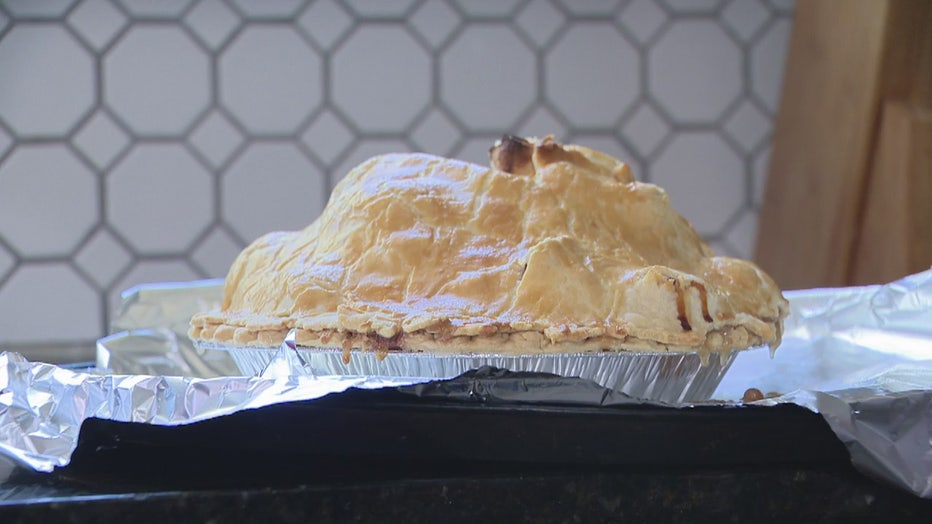 10 to 12 apples peeled and cored - I like McIntosh and Jonathon but all kinds of apples work for this!
Place apples in a casserole dish.
In separate bowl mix
2 cups sugar
2 teaspoons cinnamon
1/2 teaspoon nutmeg
1 1/2 cups flour
Stir together
Cut in two soft sticks of butter
Pour butter mixture on top of apples and press mixture down
Bake at 375 for 50 to 60 minutes - you want the butter to be bubbling a little and the top to be turning light brown.
Cool and refrigerate - serve warm or cold - with vanilla ice cream or without. 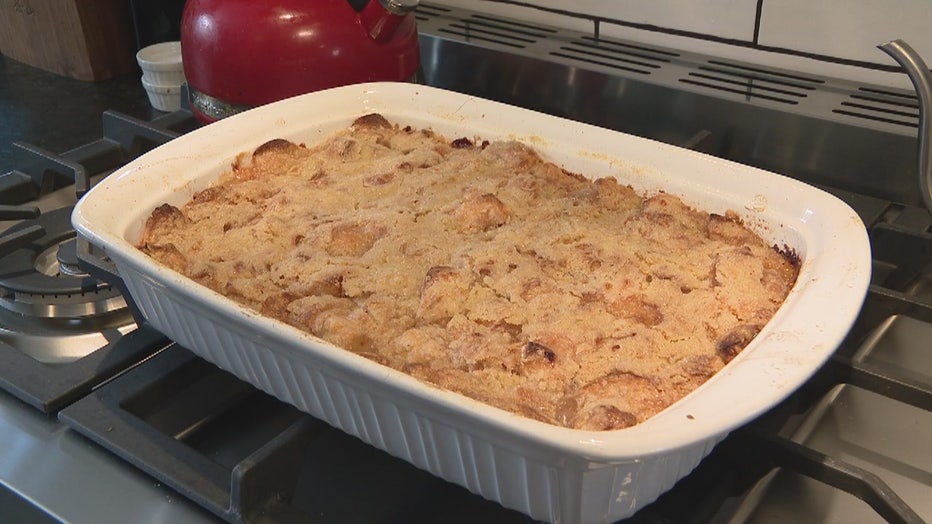