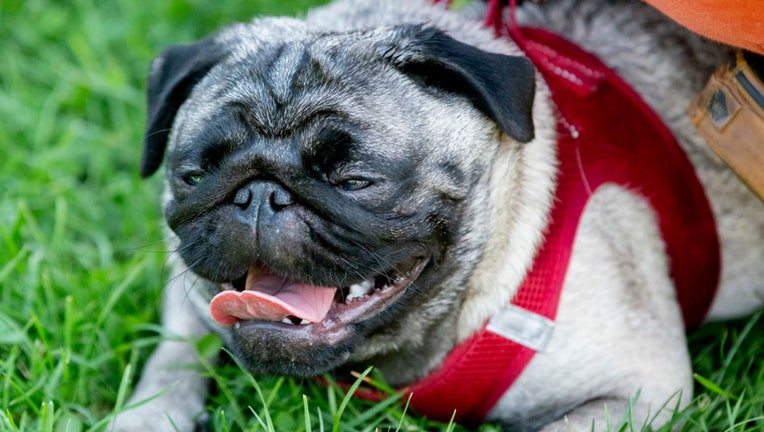 The National Government for the Netherlands is proposing a ban on dogs with flat faces and cats with folded ears or animals that suffer major health issues due to their appearance.

"We make life miserable for innocent animals, purely because we think they are 'beautiful' and 'cute,'" Dutch Agriculture Minister Piet Adema said in a statement last Friday.

Officials are working on a list of animals that could be potentially banned in the Netherlands as well as possibly outlawing sharing images of these sorts of pets on social media so as to discourage popularizing the breed due to their appealing looks.

Owners who already have pets with flat faces or folded ears will be allowed to keep them until they have passed away.

The nuances of the ban are yet to be determined but Dutch government officials wanted to make the announcement to the public that a ban is coming and people who may be thinking about purchasing a new pet should take this into consideration.

Dogs with flat faces are described as being brachycephalic, according to Blue Cross, a national organization that promotes responsible pet ownership in the United Kingdom.

"Brachycephalic describes any dog whose muzzle looks like it has been flattened or squashed inwards. Their bottom jaw is disproportionately longer than their upper jaw, and the dog may look as though their lower jaw sticks out," the website states.

While there are many dogs with shorter snouts that have no health issues, many more do suffer various conditions due to their cute appearance.

Many dogs that are brachycephalic often have problems with breathing, heart health, teeth, skin and ear infections, eye infections, and can have trouble breeding. They can also suffer from neurological issues.

In 2020, a study from the Royal Veterinary College (RVC) found that flat-faced dogs are 1.3 times more likely to be diagnosed with at least one disorder during a single year compared with crossbreeds. 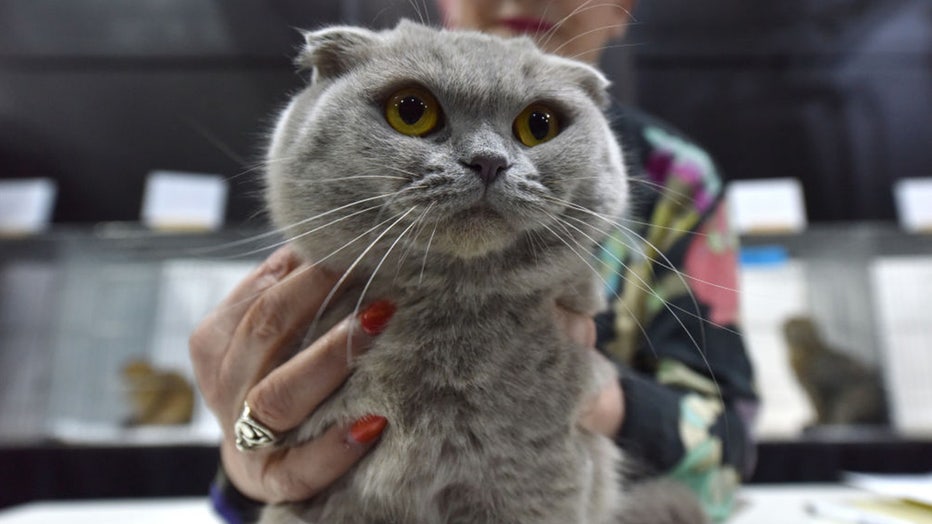 FILE - A Scottish Fold Grey breed cat is judged at the LondonCats International Show and Expo at Tabacco dock on May 04, 2019 in London, England.  (John Keeble/Getty Images)

Cats with folded ears fall into the Scottish Fold breed of domesticated felines, according to the RSPCA in Australia.

This breed of cat has become popular in the United States and while it may look cute, their folded ears are the result of a genetic mutation.

"This inherited cartilage defect (also known as Scottish Fold disease, or osteochondrodysplasia) causes other deformities throughout the body and is a dominant trait, meaning all kittens in the litter will be affected," the RSPCA said.

And despite attempts to cross-breed this type of cat with hopes of creating a healthier pet, researchers found the crippling deformities were still evident.

Signs of the defect can manifest themselves not just in the cat's ears but all over its body. Some serious abnormalities can include arthritis, thick and unflexible tails, spinal issues, and short and stiff legs.

Even the cat's behavior can be impacted such as a reluctance to engage in what is deemed "normal" cat activities such as jumping and it could also develop an abnormal gait. Some cats have become completely crippled due to the disease.

Some cats that suffer from Scottish Fold disease could develop physical impairments so severe that diminish the quality of life for the cat that it warrants euthanasia.