Bi-partisan effort leads to approval of $70B state budget

After a rough beginning, the GOP legislature and the Democratic governor have agreed to a $70 billion new state budget for funding increases for a host of services.

LANSING, Mich. (FOX 2) - After a rough beginning, the GOP legislature and the Democratic governor have agreed to a $70 billion new state budget for funding increases for a host of services.

Gov. Gretchen Whitmer offered her budget when part of the economy was closed due to COVID-19 and Republicans were livid and in no mood to negoiate. It was ugly.

The governor's budget guy Dave Masseron had hoped the angry GOP would back off.

And finally, that optimism paid off. The Michigan Senate unanimously passed the budget Tuesday and the House did it today.

The House Republicans also inserted language restricting the ability of the state and local governments to impose mask mandates on K-12, college students and others.

The governor's office is researching the issue. Whitmer does not favor that and she could veto those restrictions.

"Enabling nearly 100,000 more kids to enroll in child care and development programs and it will lower the cost for so many families," said Rep. Kelly Breen (D). 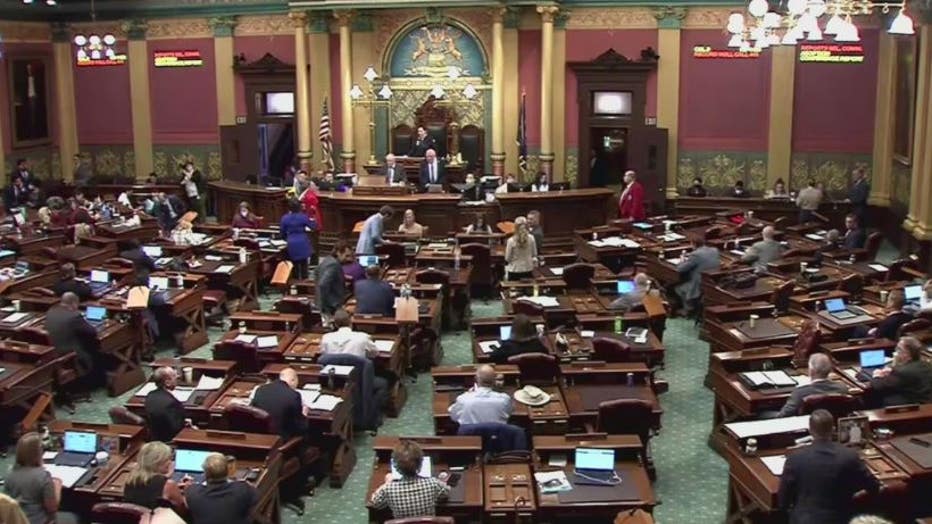 "These professionals put their lives on the line to save the rest of us. This bill gives them the raise they deserve," said Rep. Felicia Brabec (D).

The governor will probably veto some items in the budget, but overall with no government shutdown as a result of the budget, she is pleased.

"This budget is a testament to what we are capable of doing when we work together," said Gov. Gretchen Whitmer at Mackinac Policy Conference. "Let's continue in the spirir of that collaboration and put the billions of federal dollars we have, to work."

A rare kumbaya bi-partisan moment in a deeply divided political climate in Lansing. The $70 billion budget heads to the awaiting governor.