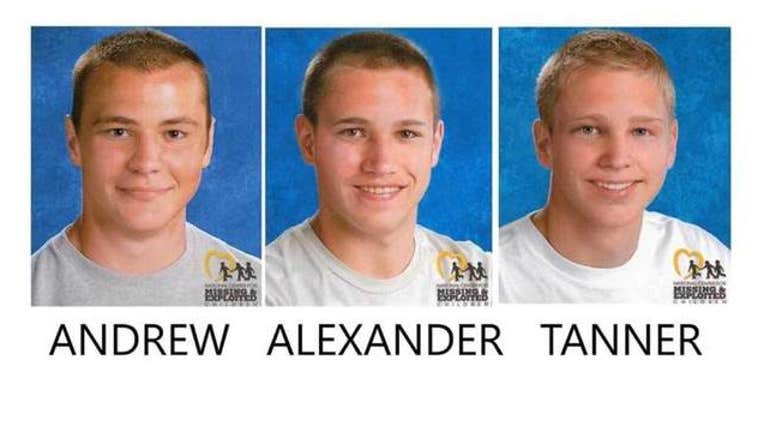 (FOX 2) - The National Center for Missing and Exploited Children has released age progression photos of the Skelton brothers, nearly nine years since they went missing.

The brothers disappeared in Morenci, a city on the border of Michigan and Ohio, on Black Friday in 2010.

At the time the boys went missing they were in the care of their father, John Skelton. He pleaded no contest to three counts of unlawful imprisonment in September 2011, after he claimed he gave the boys to unknown individuals. He has never given any information about their possible whereabouts. Skelton is currently serving a 10-15 year prison sentence.

In the years since, the boys' disappearance has been vigorously investigated by the Morenci Police Department, FBI and Michigan State Police (MSP). Significant assistance has also been provided by the National Center for Missing and Exploited Children. In 2013, the MSP became the lead investigating agency.

In 2017 human remains were found in a shed in Montana, and were briefly thought to be that of the boys. But forensic evidence later proved it was not a match.

Investigators continue to be vigilant in following any leads on this case and ask people spending time in the woods to be their extra "eyes and ears" as they walk the areas of lower Michigan and northern Ohio. If anything suspicious is located, please contact the MSP immediately.